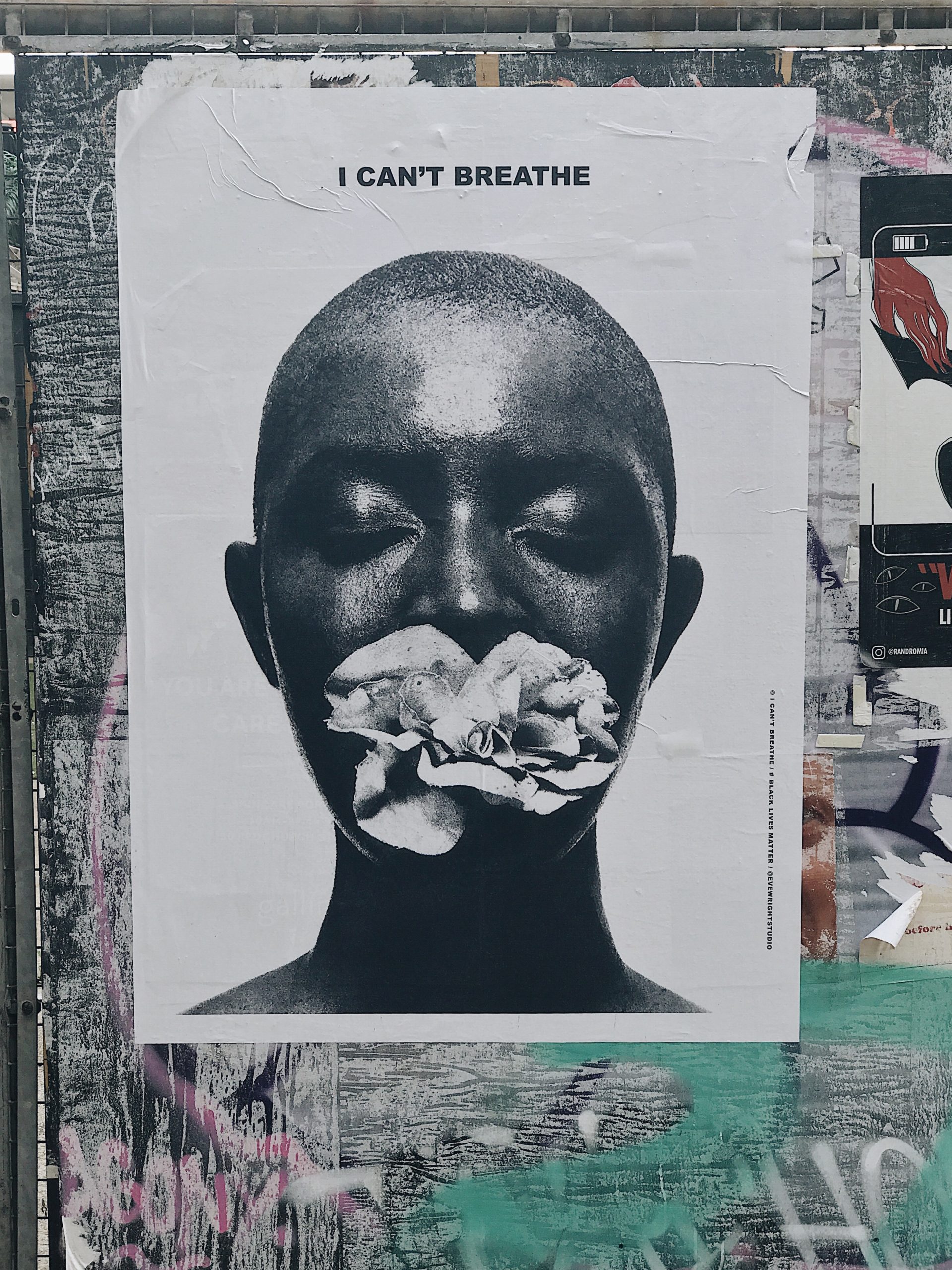 Hello Mid Corona-Crisis Crisis (like mid-life crisis, but applicable for all ages)! We seemed to have reached an imaginary ‘halfway there’ point in the pandemic saga. More than three months into the national lockdown, the end is finally in sight (hurray?). Britain might have the highest death-rate in the rich world (this is more Britons than have died in any event since WW2) but July 4th has been marked in our calendars as the official end of the national hibernation. I am partly launching into the air with a loud weeee and partly glued to my seat (read: kitchen chair), wary of any non-essential business that asks more of me than a socially distant walk in the park. A dilemma if there ever was one!

Even though the virus continues to spread (the outbreak is actually gathering pace in much of the world – US surpassed 40,000 daily cases four times in a week; Brazil is close to 1.5 million infections), over here in Europe, reduced number of deaths and new cases indicate that we have moved passed the peak of the first wave.

Rapidly loosening lockdwon rules have allowed normalcy to seep back into our lives. I am buying coffee from my local store (even though it makes me more jittery than I remember. My overactive imagination thinks its amplifying the underlying chronic stress that has become an inseparable part of post covid life). I met friends in the park twice this month, even braved a journey on the tube, a first since lockdown began on 23rd March. Estates agents have opened, and when I saw movement inside a local salon, I couldn’t help strike a conversation to tell them how delighted I was (my most anticipated ‘non-essential business’ has got to be a professional haircut). English Premier League has resumed, and Liverpool has been crowned champions, sealing their first title in 30 years (5 years ago, this would not be part of my monthly digest. I blame marriage).

A tale of two pandemics

2020 was already posing itself as THAT year for the history books. Covid-19’s death toll has crossed 500,000 worldwide as confirmed cases reach 10 million. But following the heinous murder of George Floyd, 2020 is set to leave an equally indelible mark in history as the spark that lead to the annihilation of systemic racism. From LA to London, people of all colours, genders, and age took to the streets to protest against state-sanctioned brutality towards the Black community.

Social media gets a lot of bad press but when it comes to escalating a movement like BLM (Black Lives Matter), there is no other medium quite like it. For those of us who couldn’t physically join a protest, social media became our platform to express solidarity. Non-Black influencers stopped posting their usual content to give way to Black voices. We made space for the Black community’s anger, learned, read, listened, shared, donated, signed up, checked ourselves, held tough conversations with family. We realised that just by being not racist doesn’t make us anti-racist – we need to do better than that. We unpacked performative allyship and how to avoid it when advocating for BLM. We worked on centering Black people in our anti-racist conversations, instead of focusing on our emotions. We realised that expecting Black people to enlighten us is WRONG – we need to educate ourselves. We learnt that ‘doing’, and doing for the long run, is far more important than being social media sharer of the year. In the process, we found out more about Black history in the past month than we have our whole lives. And that’s quite telling.

What started off as a protest against police violence against African Americans has shone light on every form of racism across the world. As South Asians, we have started to wake up to our inherent colourism and unpick the complicated way its intertwined with racism. In England, anti-racism protests are forcing Britons to re-examine their own colonial histories as historic monuments are being pulled down by protestors. Racism has nowhere to hide in 2020.

This month, we managed to watch a handful of movies, all with underlying social messages. Oscar winning tragicomedy Parasite exposed the rich-poor divide as a searing, unforgettable satire, Bollywood movie Thappar challenged subtle misogyny and everyday sexism, turning oft-accepted forms of domestic abuse on its head, and Kai Po Che, an old movie from 2013 that we watched following one of its lead actors, Sushant Singh Rajput’s death by suicide, was a sad reminder of the fragility of life both inside and outside the world of celluloid. 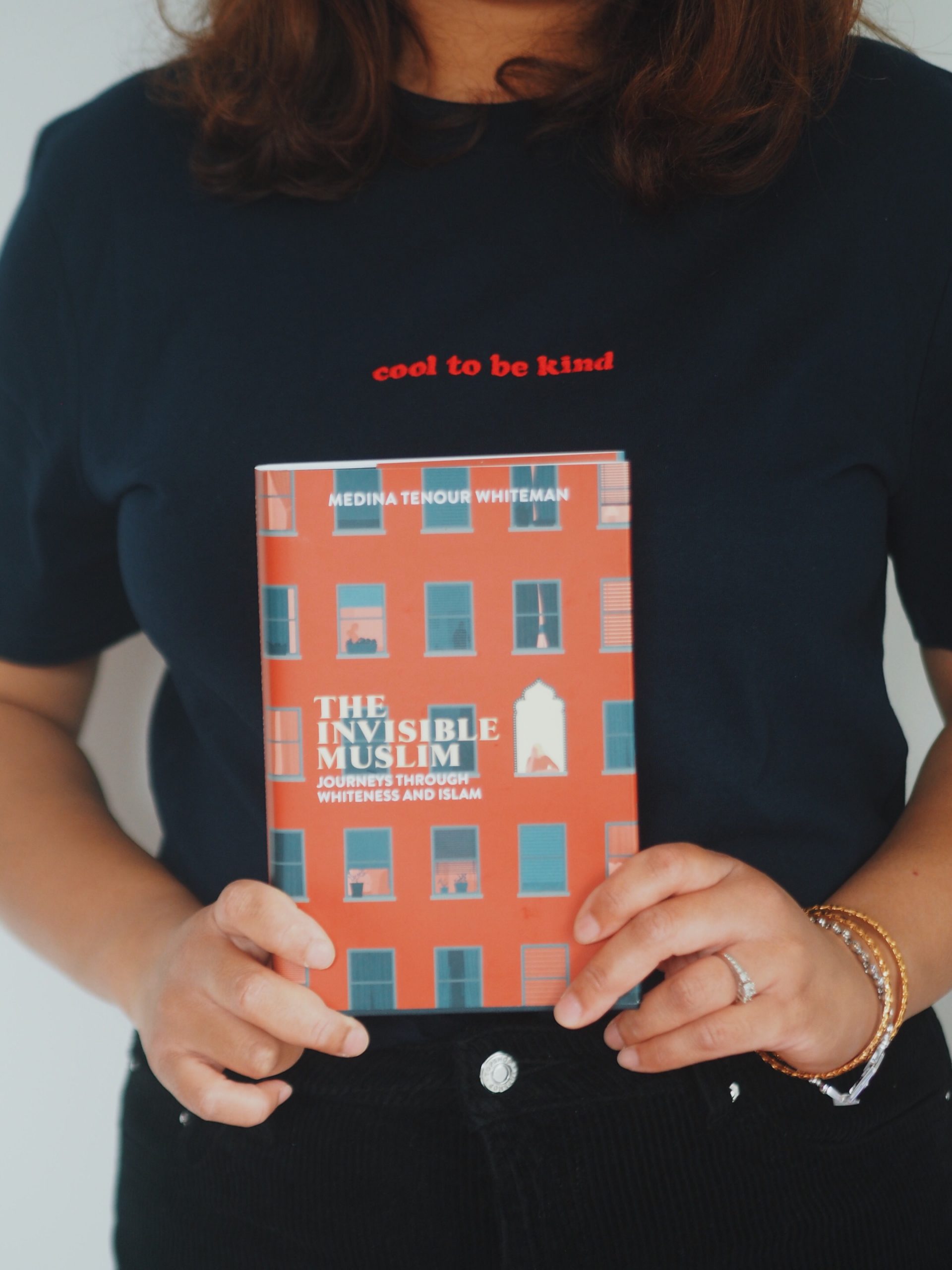 My June read was The Invisible Muslim by Medina Tenour Whiteman. When I ordered it on the 25th of March, incidentally the very day that George Floyd got murdered, I had no idea how timely the read would be. In examining her white privileges, Medina speaks up about racism against Blacks, white people’s appropriation of Africa (the ‘ghost of European colonialism, reincarnated as a tourism that objectifies and exploits’), and the prejudices that exist within Arab and South Asian communities (‘Muslims are still guilty of anti-black oppression, in fact we are often some of the worst culprits.’).

Medina’s memoir captures her lifelong journey on reconciling her conflicting White and Muslim identities, told through personal stories and extensive travels. For Muslims who wish to look at Islam through the lens of history and the varied lived experiences of the Ummah across the world, particularly those of converts, this book is a must read. As for non Muslims who wish to examine white privilege while diversifying their reads, Medina’s book is a good place to start. 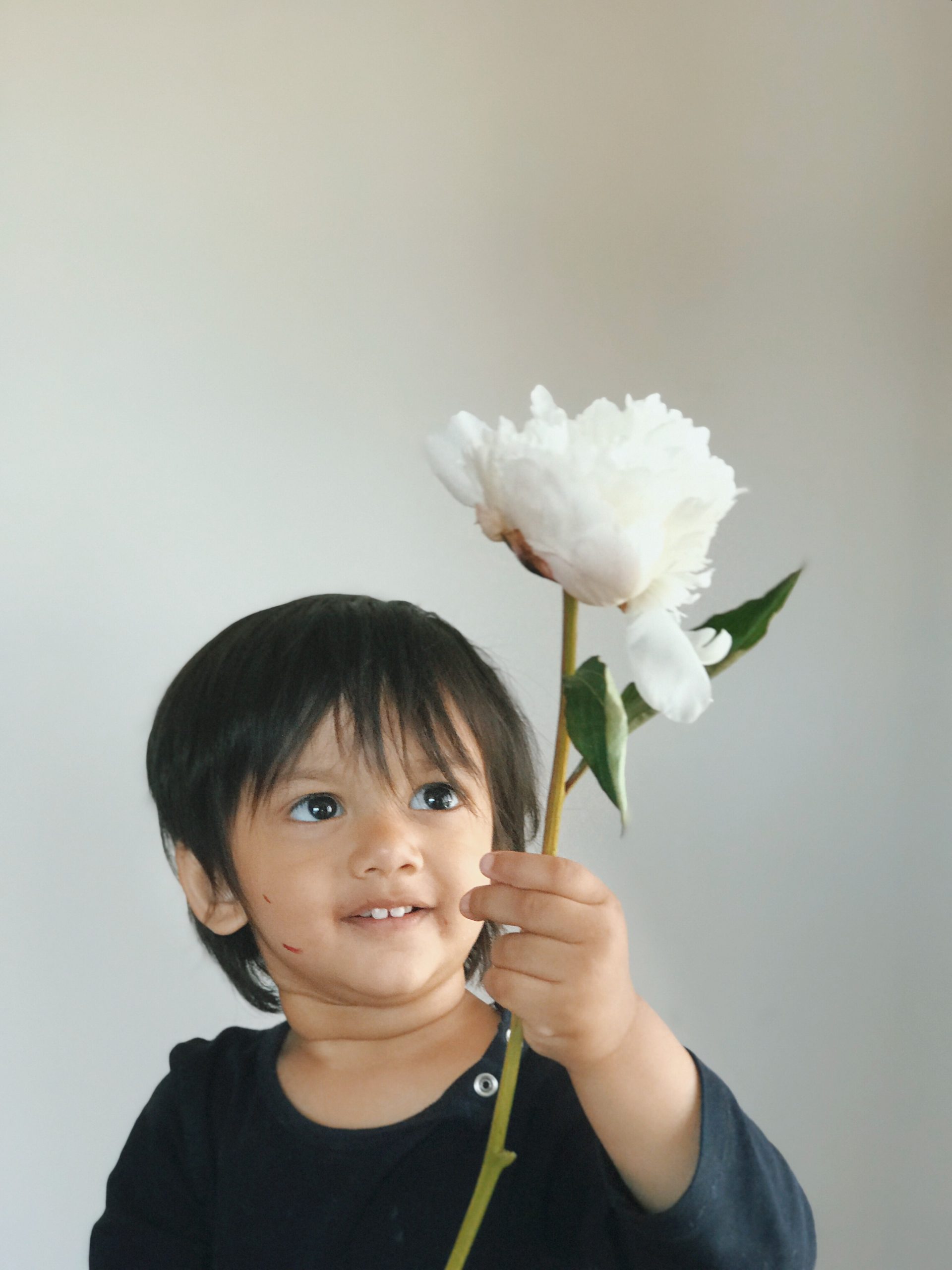 My big baby turned two this month! We ate cake, indulged in lots of new toys, and generally had a fun filled stay-at-home birthday.

It’s crazy to think that I can now hold conversations with my son, albeit with limited Banglish vocab. His Bengali is SO cute. (Mummy koi jai? Ay-hay. Nina asche. Odike jaba? Pani dao). When he is sleepy, he starts rattling off random Bengali words like ‘chachu‘ and ‘khalu‘. When he likes something, he keeps demanding more, more, more. His YouTube sensation of the month is Omar and Hana, an Islamic cartoon that we started watching over Ramadan. 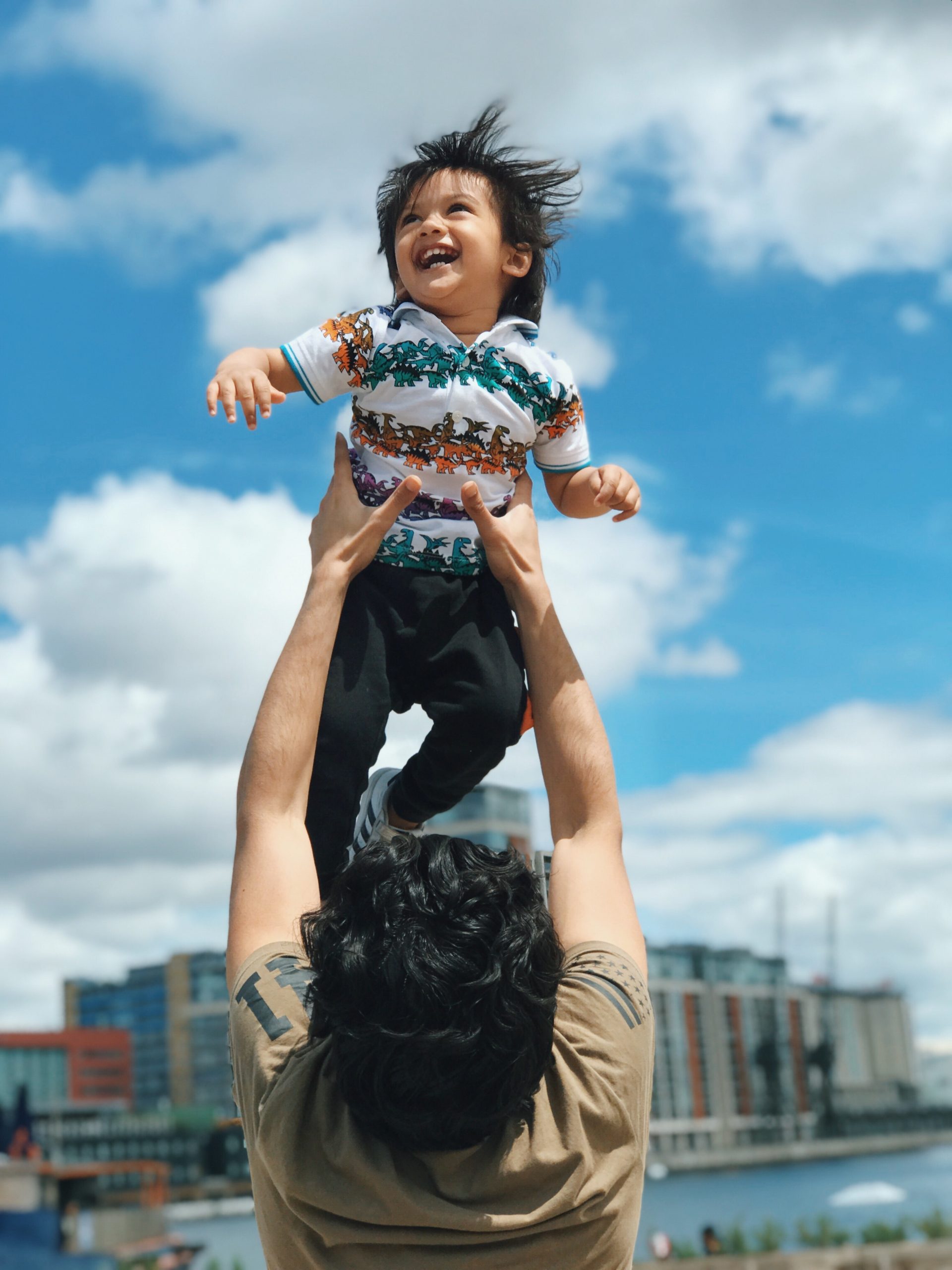 Nizar says we should start calling him Big Boy. He definitely isn’t a baby anymore – he understands emotions, manipulations, negotiations, and a lot more Big Boy attributes. And looks it too! With his quarantine hair creeping into his eyes, he bears an uncanny resemblance to Mowgli, running around barefoot in his nappies, sticky from the summer heat. We have kept up our daily walks, following in the webbed footsteps of the ducks and dipping our toes into the coolness of River Thames. 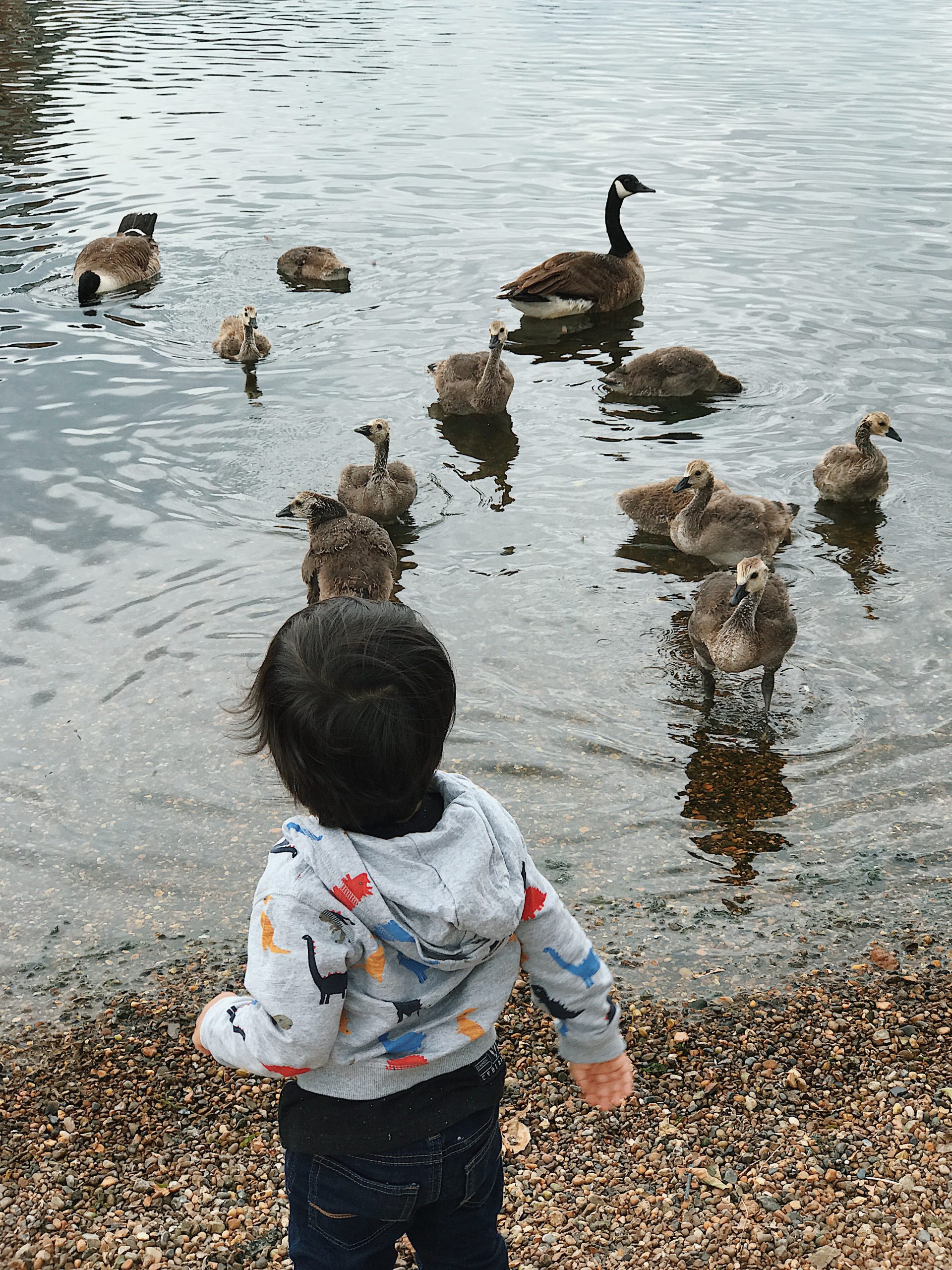 Sometimes I cannot believe I birthed this cheeky little human. He randomly rushes in to kiss us with a heart-warming,’ I love you’ or screams gleefully in our faces: ‘Hey Guys, whats up!’ Its not all pleasantries and displays of affection of course. Toddlerhood comes with plenty of unchecked emotions. As parents, we are constantly having to alternate between allowing him to explore his independence and enforcing rules, while helping him to navigate his unrestrained feelings.

Moussaka! I have been making this YouTube recipe that is absolutely delish. I fell in love with this Greek staple at uni where it was a regular rotation meal in my dorm canteen. Made of ground meat, eggplant and potatoes, it makes for an endlessly indulgent meal.

I have made the social media moves. I have shared the educational posts, IGTV videos, Black owned businesses and bookshops, followed the content creators I resonated with, particularly the anti-racist educators, and bought Black authored books. But the work doesn’t end here. For the rest of 2020, I will have this accountability section on my monthly digests to help me stay on track and form a habit of routinely working on being an anti-racist. 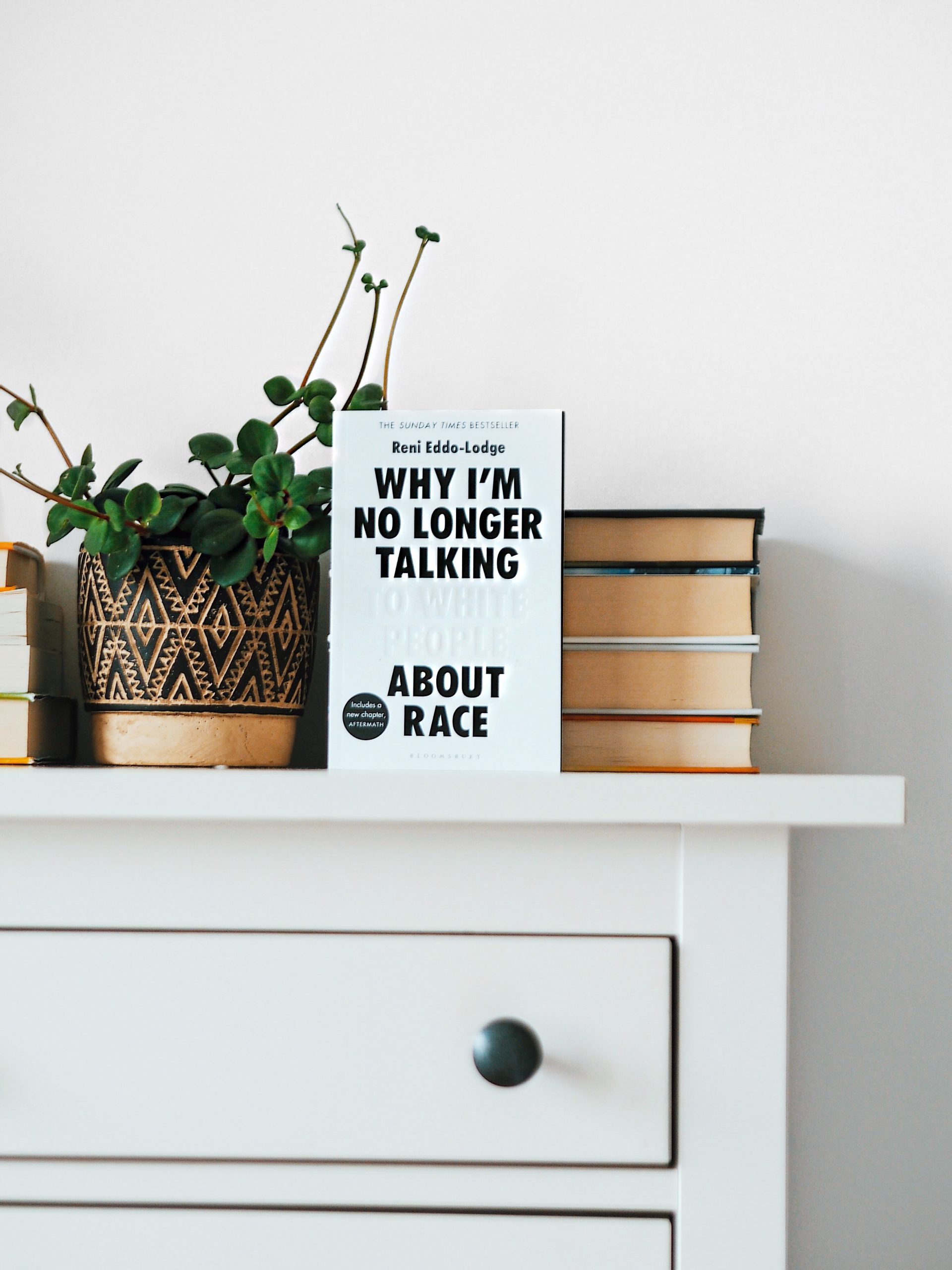 I am currently reading Why I’m No Longer Talking to White People About Race by Reni Eddo-Lodge. The opening chapter tracing Black British history should be made mandatory reading for everyone living in Great Britain.

A transitional work phase for me and return to daycare for Ary – once normal, now they feel like giant leaps into the corona fested world.

While the lockdown lines have blurred to allow ample freedom, some rules are still firmly in place such as masks, 2m distance markers, zealous hand sanitisation, restrictions on the number of people you can meet and health and safety measures in public places. With lockdown easing this Saturday, and our favourite restaurants re-opening, we are looking at the prospect of regaining bits and bobs of our social lives. I am excited but in no rush to go back to our previous ways, our old habit FOMO replaced by FOGO (fear of going out). 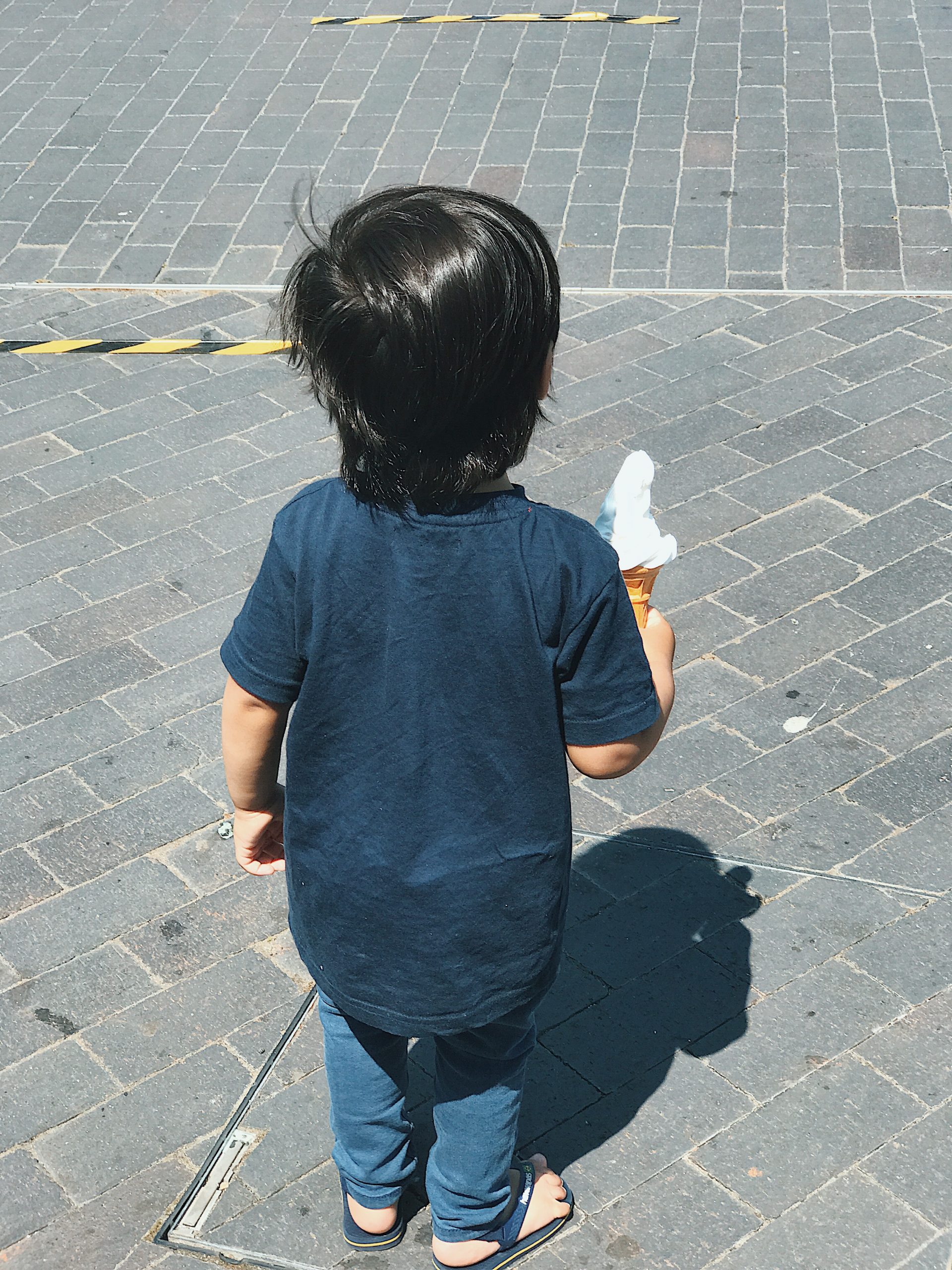 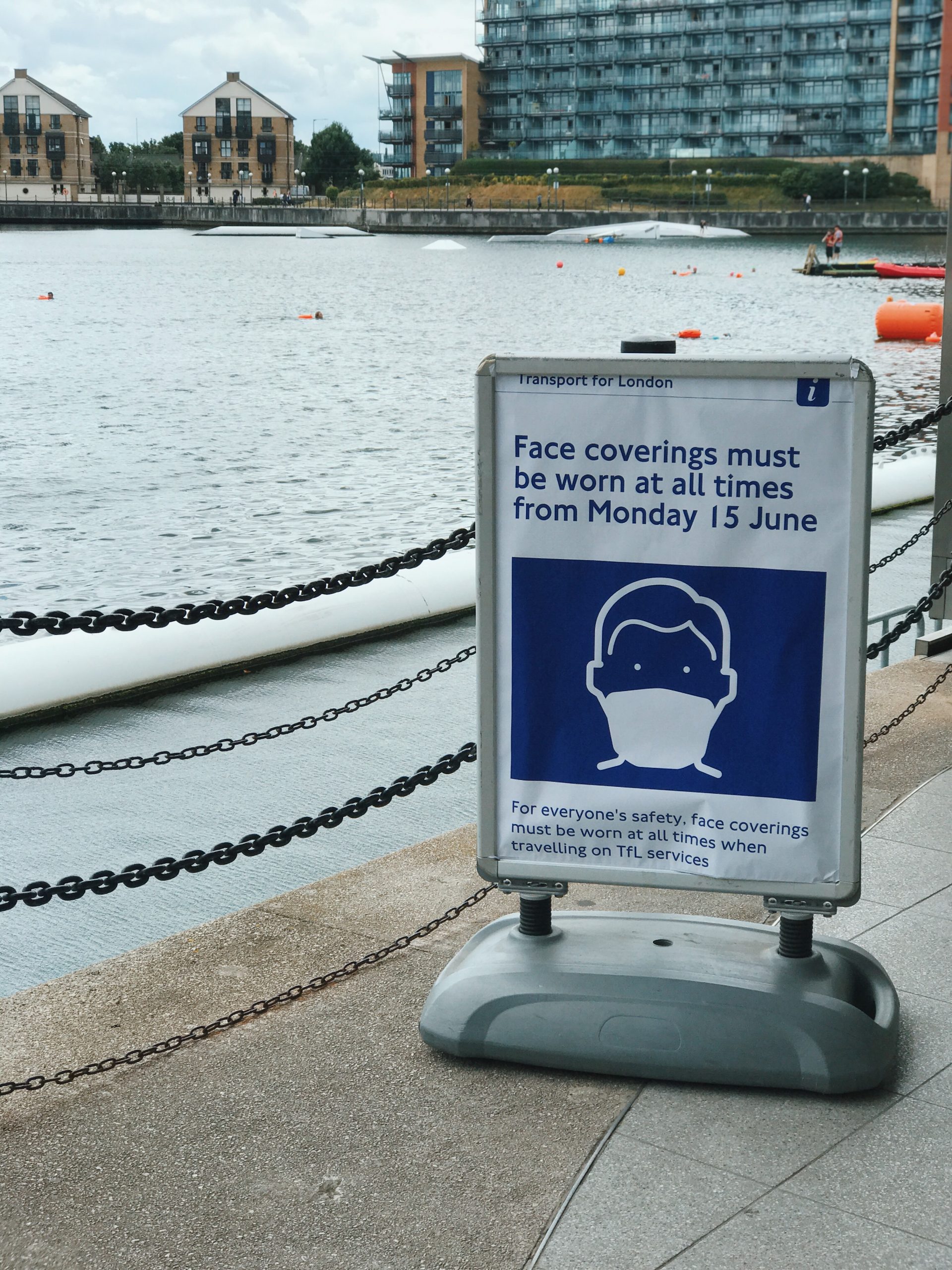