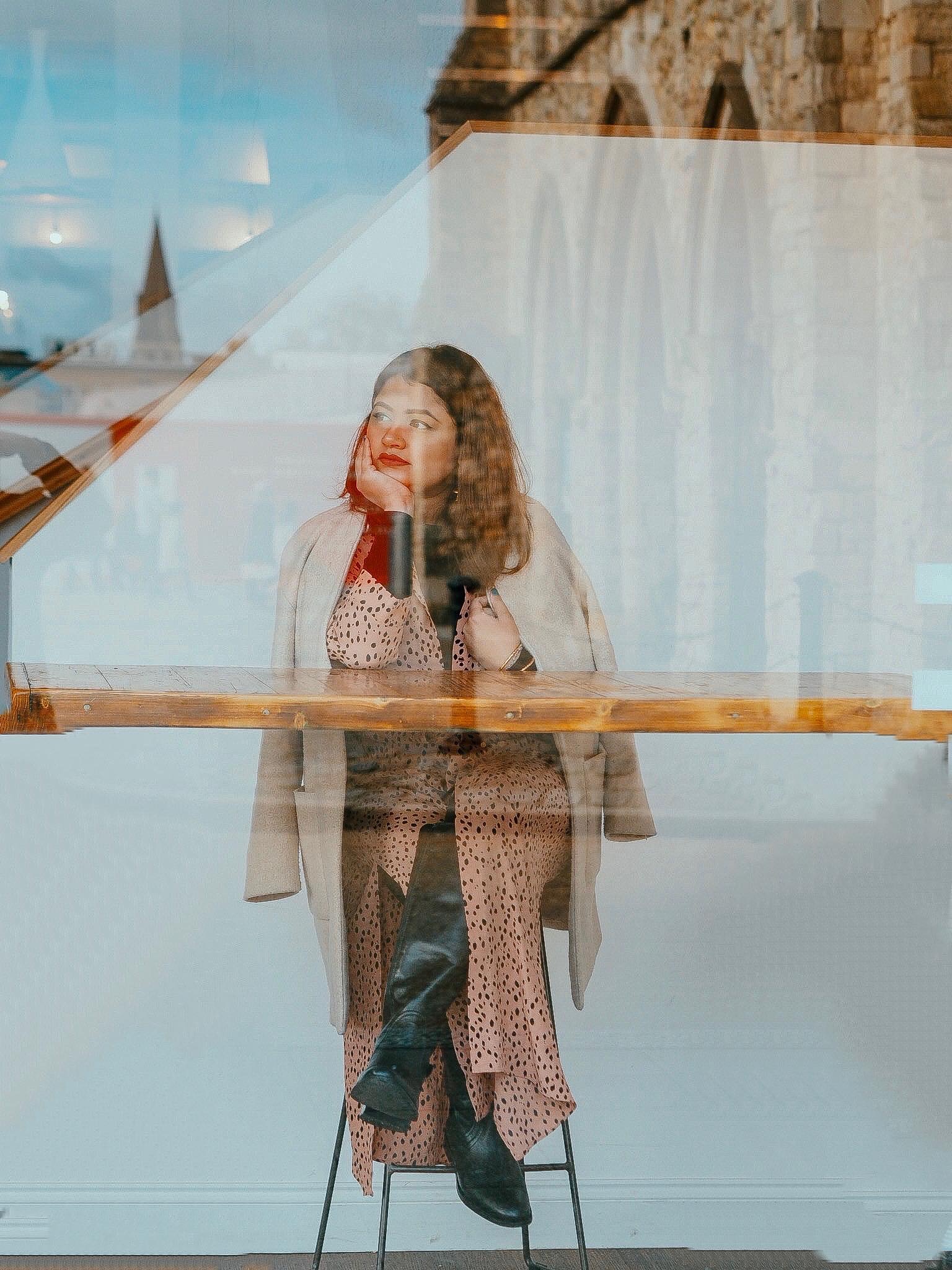 When the sun rose on January 1st, 2010, TMM was non-existent. Samira was a university student, Nizar was just her Facebook friend, Aryan was not even a person, internet access was mostly confined to laptops and iPhone 3 was the epitome of cool. Fast forward ten years and well, a LOT has changed, to put it mildly.

December has a way of making us obsessed with recaps. For me, a 30 year old wading in the cesspool of adulthood (don’t grow up, its a trap!), the obsession is steeped in nostalgia. I lived my glorious 20s in that ten year window, most of it in a foreign country that became my second (first?) home. I graduated with an Eng Degree with First Class Honours. I bagged a Grad Job. I built a career in Air Traffic Control. I found a friend for life and became his Mrs. I started COOKING (possibly the biggest life update of my entire three decades on Planet Earth). I birthed a baby boy who taught me the real meaning of unconditional love. I started caring about utensils and limescale removers, things that were definitely not part of a 19 year old me’s ten-year plan.

While I was morphing from a young woman into a full blown adult, the world was shaping up in rapid strides. Some extremely questionable political decisions were made in various countries around the world, giving the future history books a LOT to write about.

Our daily lives evolved in ways we could never have guessed. Technology became faster, cheaper, better. Netflix changed the traditional way of watching TV. Uber and Airbnb revolutionised the ways we travel and holiday.

Selfies were born in this decade. Snapchat filters egged on said selfies, giving our brown faces some serious whitewash and our Muslim mothers some serious displeasure (anyone else’s mom gets super mad at the mere sight of the dog filter?).

Vlogging on YouTube became a million dollar career. Dating Apps such as Tinder and Minder changed the way people ‘met’. Apps, apps, apps – however did we manage before them? And memes? One might extend that affection to smartphones as well, and all the other ‘smart’ stuff designed to make our lives simpler. Smartwatches. Alexa. Robot vacuums. So why does our work-life balance suck so bad? And is my brain SUPPOSED to feel dumber by design (read: incapable of navigating to a cafe without using 5 different apps?).

Standup comedy became a culturally dominant artistic genre over the last ten years. Same sex marriage was legalised in many parts of the Western World. Bitcoin was the best investment of the decade (obviously we missed the memo). Concerns surrounding climate change peaked, and climate activism took off with Greta Thunberg at the forefront. While green teens were applauded for their climate activism, Millennials were written off as ‘that distracted, entitled, narcissistic, *insert favourite millennial bashing adjective* bunch’. Our sin: instant gratification. Our mission: combatting FOMO. Our Slogan: YOLO. Our Mascot: Half an avo.

Walking down the memory lane brings up a barrage of emotions, triggers and epiphanies. We dont even have the time to unpick them as we scroll, swipe right and double tap. But what a revelation it is when you reflect on the past and remember the big and small moments that lead up to here and now. Let’s dive into a super quick, year by year recap. I am throwing in ten photos from my social media/personal Instagram as a bonus (or not). 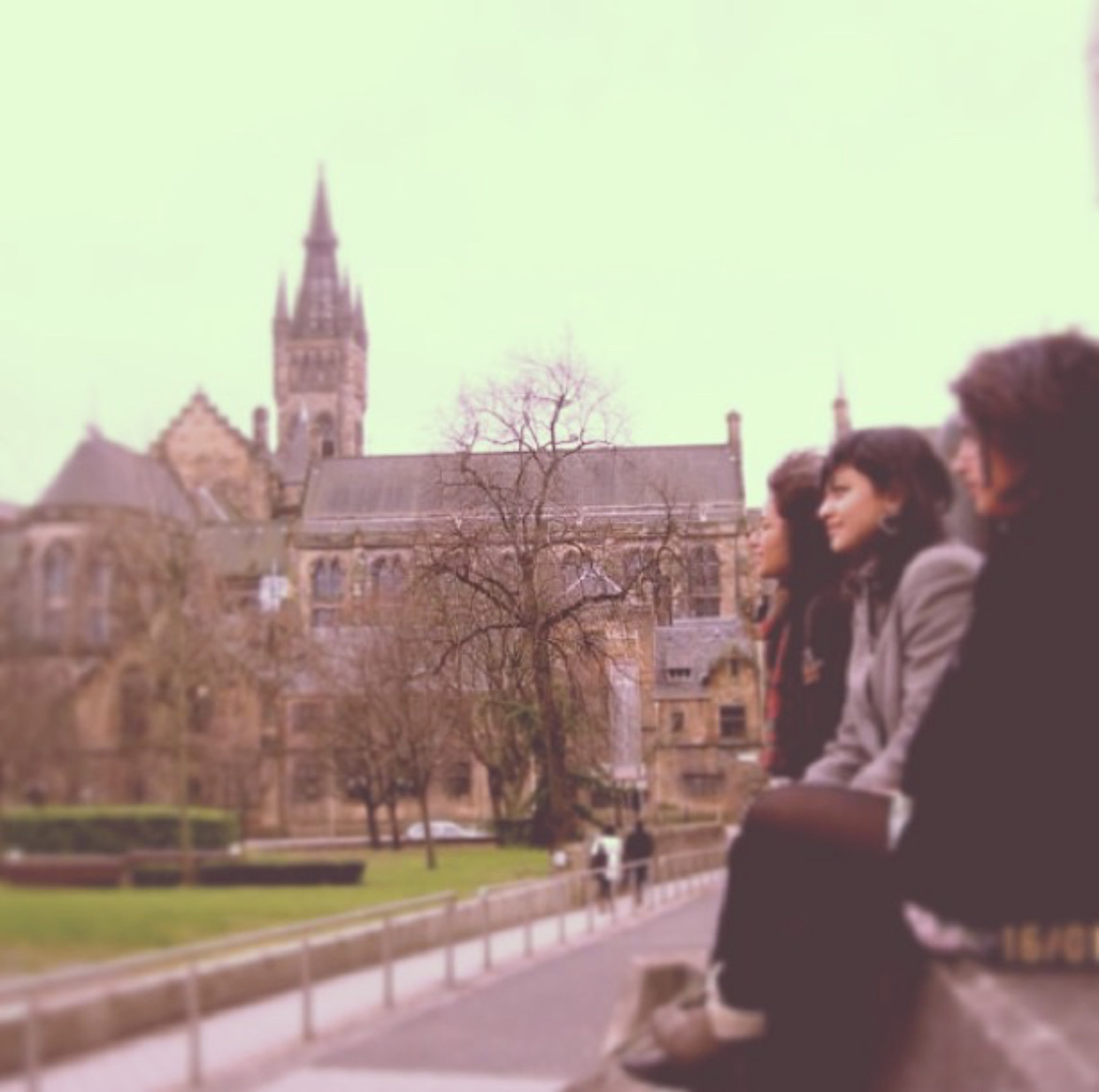 Instagram launched this year (I know, I feel old too). Apple introduced the iPad. Lady Gaga wore THAT MEAT dress to the VMAs. I was 21, a final year student at Glasgow Uni, and Poker Face was our jam. Ash from a volcanic eruption in Iceland triggered the UK’s worst airspace restriction in living memory and brought much of Europe to a standstill. 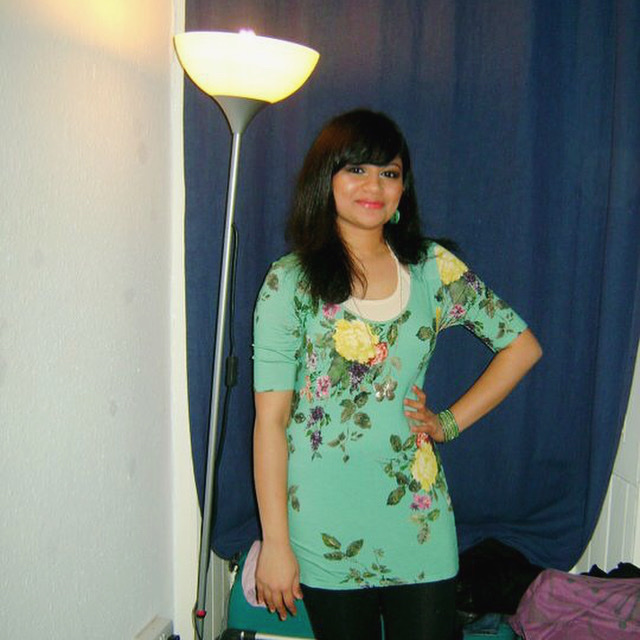 GOT debuted and went on to become the show of the decade. I wouldn’t latch onto it until years later (silly me). Prince William married Kate Middleton, and the eighth and final installment in the Harry Potter film series — Harry Potter and the Deathly Hallows, Part 2 — hit theatres. That June, I graduated into a Scottish ‘summer’, with Adele’s Rolling In The Deep on repeat. It was either that or Beyoncé’s Single Ladies, sung with all the sass that the song demanded. Come weekend, we were chanting after Rebecca Black.

‘It’s Friday, Friday
Gotta get down on Friday
Everybody’s lookin’ forward to the weekend, weekend!’

2011 was the last year I was truly carefree. 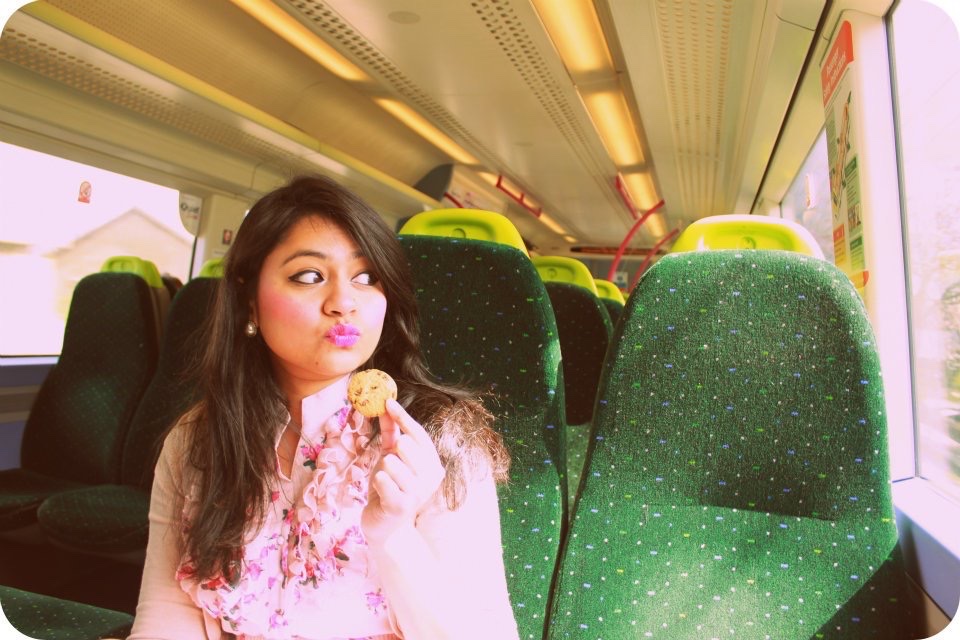 I started my work life in London, just in time to see the Queen’s Diamond Jubilee celebrations and the Summer 2012 Olympics. The world did not come to an end on December 21. US reelected Obama. The Avengers and Skyfall dominated cinemas. Fifty Shades of Grey hit bookstores, and women fell like dominoes (awful read, if you ask me!). Instagram REALLY took off, with most of us torn over Valencia Vs Amaro filters. Psy’s Gangnam Style and horse-riding moves spread like wildfire, becoming the first video ever to reach a billion views on YouTube. Nizar and I started dating, broke up, and got back together. 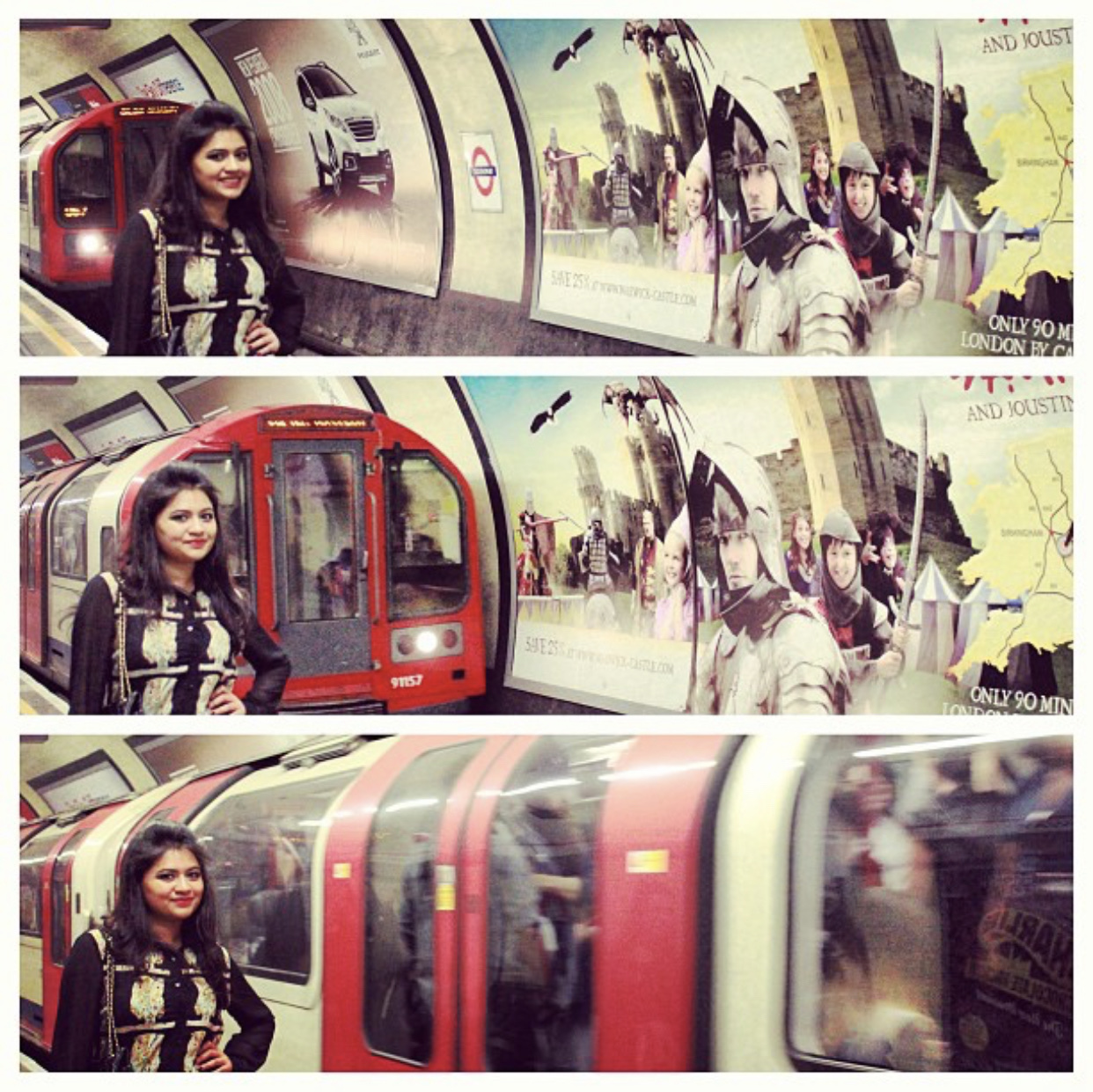 Rana plaza collapsed in Savar, Bangladesh, killing over 1000 people, bringing to light the appalling labour conditions faced by workers in the ready-made garment sector. It forced people worldwide to seriously think about conscious consumerism and ethical buying. The Black Lives Matter movement was birthed in America and expanded globally, campaigning against violence and systemic racism towards black people. I was travelling all over UK, getting comfortable in my steel capped engineering boots, trying to embrace life as a working woman. 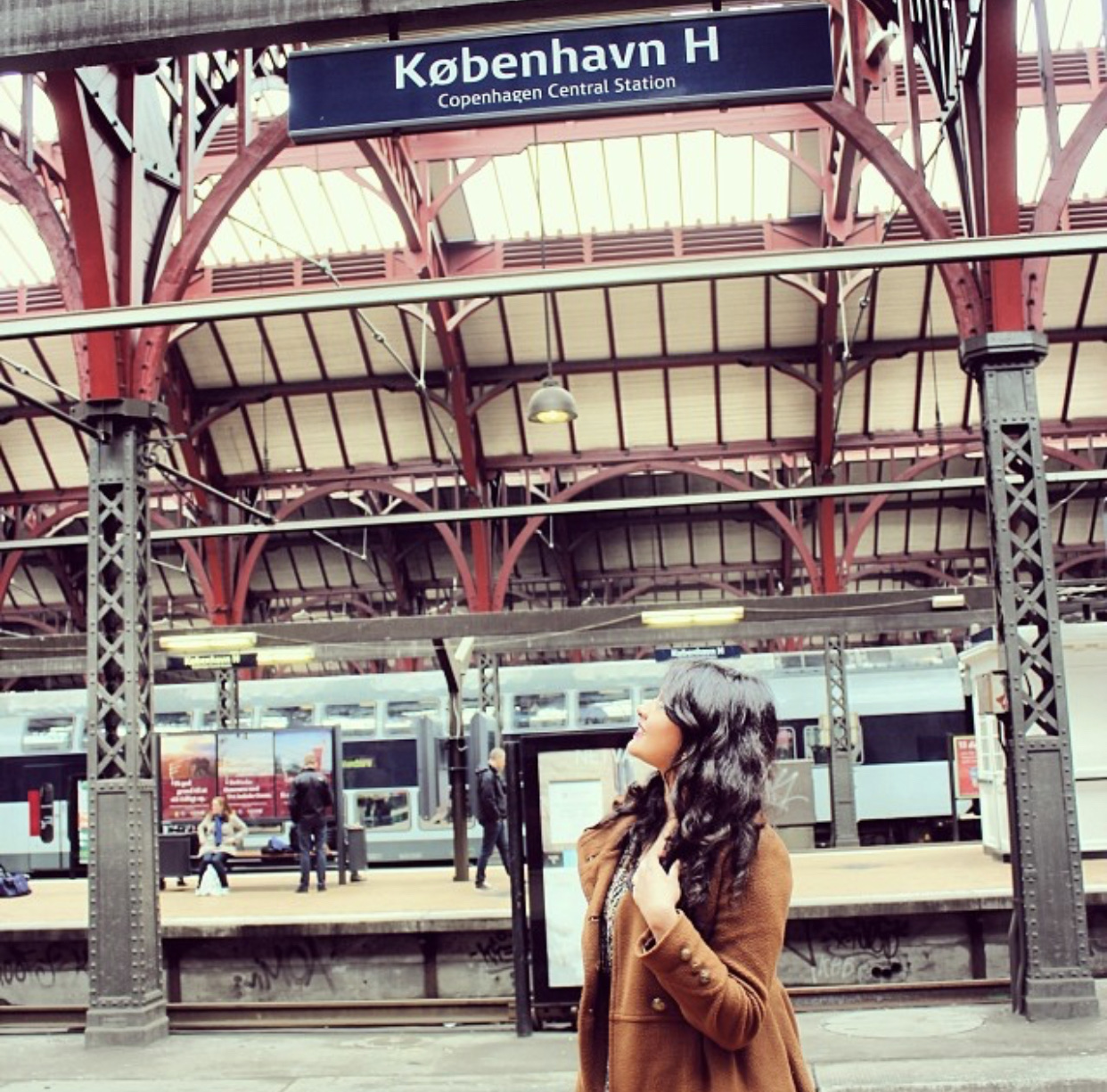 Our Facebook feeds blew up with videos of the ice bucket challenge, Scotland voted to remain part of UK, Facebook bought Whatsapp for $16 billion. Malala Yousafzai became the youngest person to receive the Nobel Peace Prize. The MH70 disappeared with 239 passengers and crew onboard, becoming one of the biggest aviation mysteries in history. I watched Adam Levine LIVE, installed an SMR in Edinburgh, ventured out to Denmark and Switzerland for work + pleasure. Lost a ton of weight through the 5:2 diet. Became a Mrs. 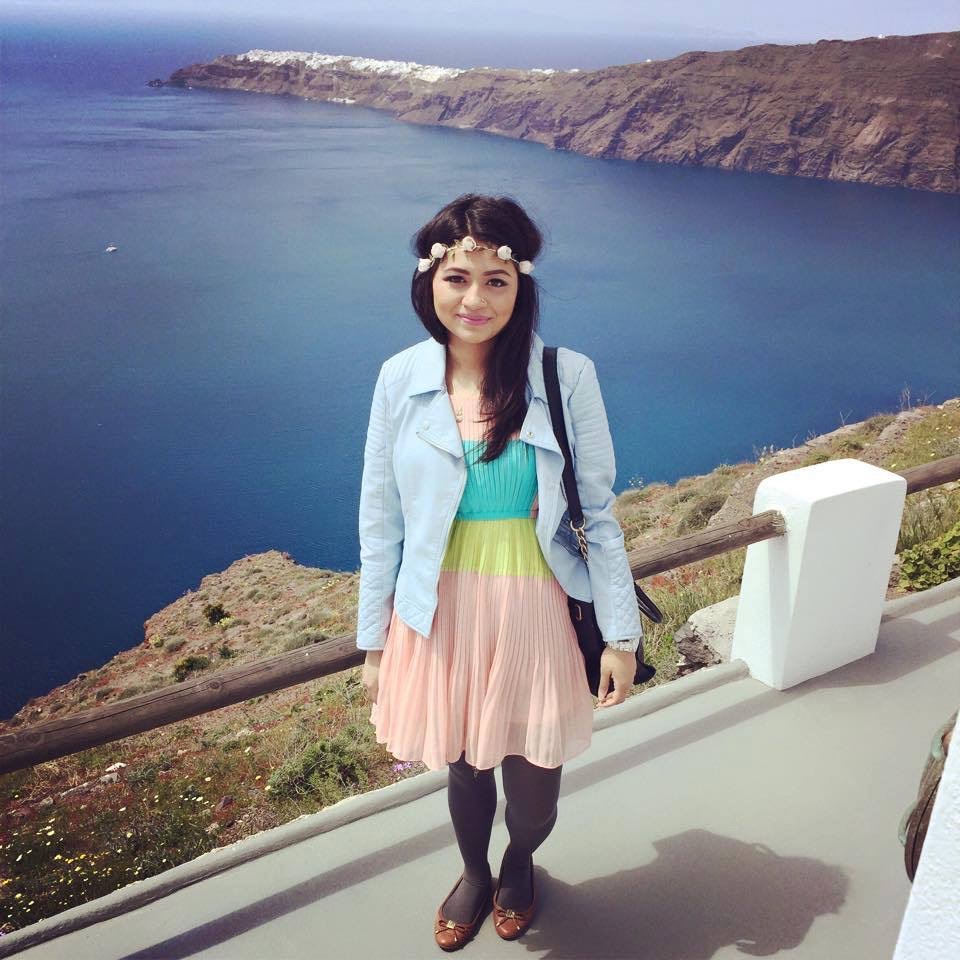 3 year old Alan Kurdi washed up on a turkey beach, a heartbreaking symbol of Europe’s refugee crisis. In death, Alan became the face of all the people who lost their lives trying to reach safety in Europe and the West. 5 years on, with a son of my own, that image still haunts me.

The internet lost its mind trying to decide whether the dress was blue and black or gold and white.

Nizar moved to UK in March, ending our mostly long distance relationship. We honeymooned in Santorini and ate LOTS of gyros and feta cheese. I opened my first blog @lattesandtravels. 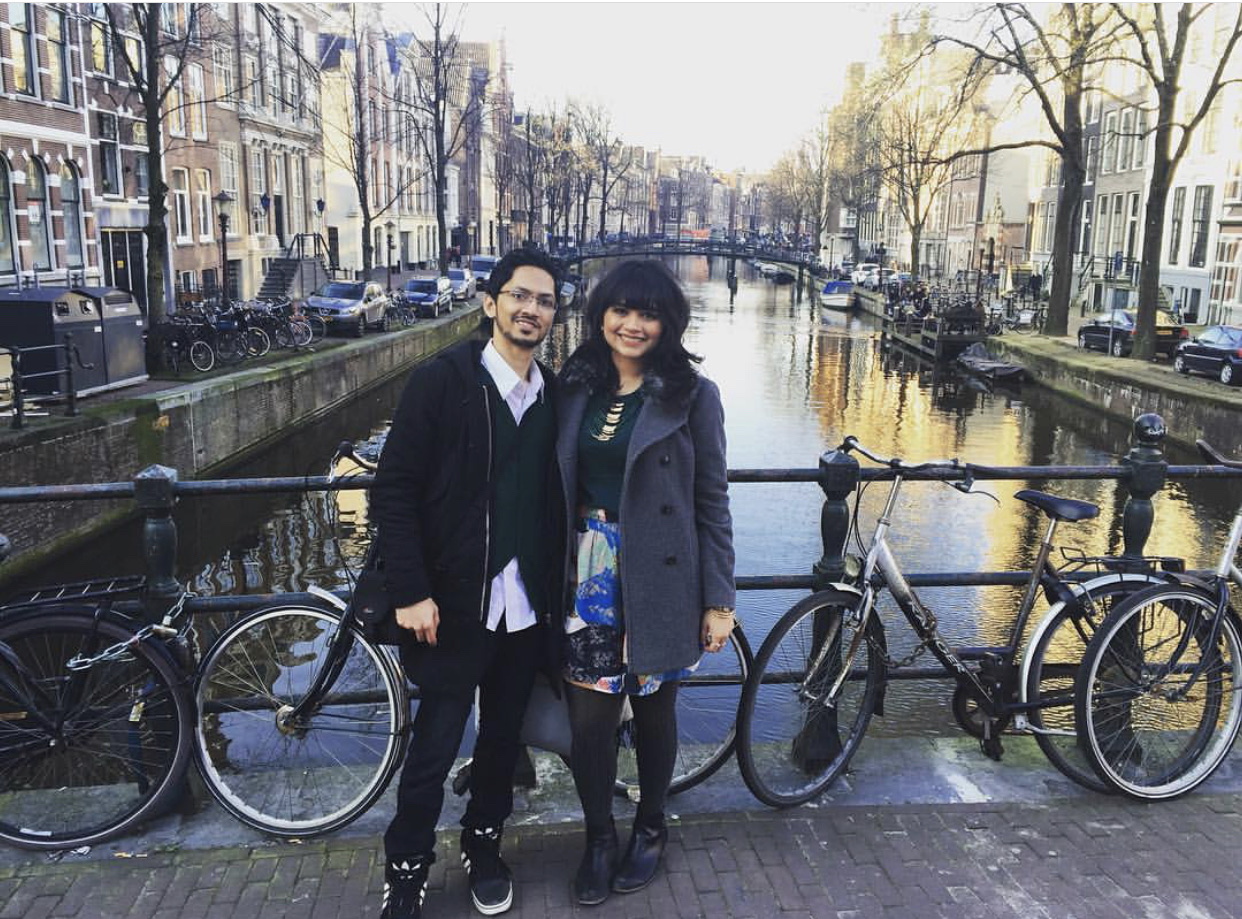 UK voted to leave the EU despite London, Scotland and Northern Ireland backing Remain. Reality TV moved into the White House as Donald Trump became the 45th President of the United States. Brangelina split. Leonardo DiCaprio finally won an Oscar for his role in The Revenant. Stranger Things dunked us deep in pure 80s nostalgia. London Underground finally launched The Night Tube. We moved out of London to Southampton. Nizar struggled to find a job. On the flip side, we had more flexibility to indulge in exciting excursions: canal rides in Amsterdam, mountain climbing in Zurich, La Liga match in Barcelona. Closer to home, we saw Adele live and experienced Harry Potter and the Cursed Child in its opening year at the Palace Theatre in London. 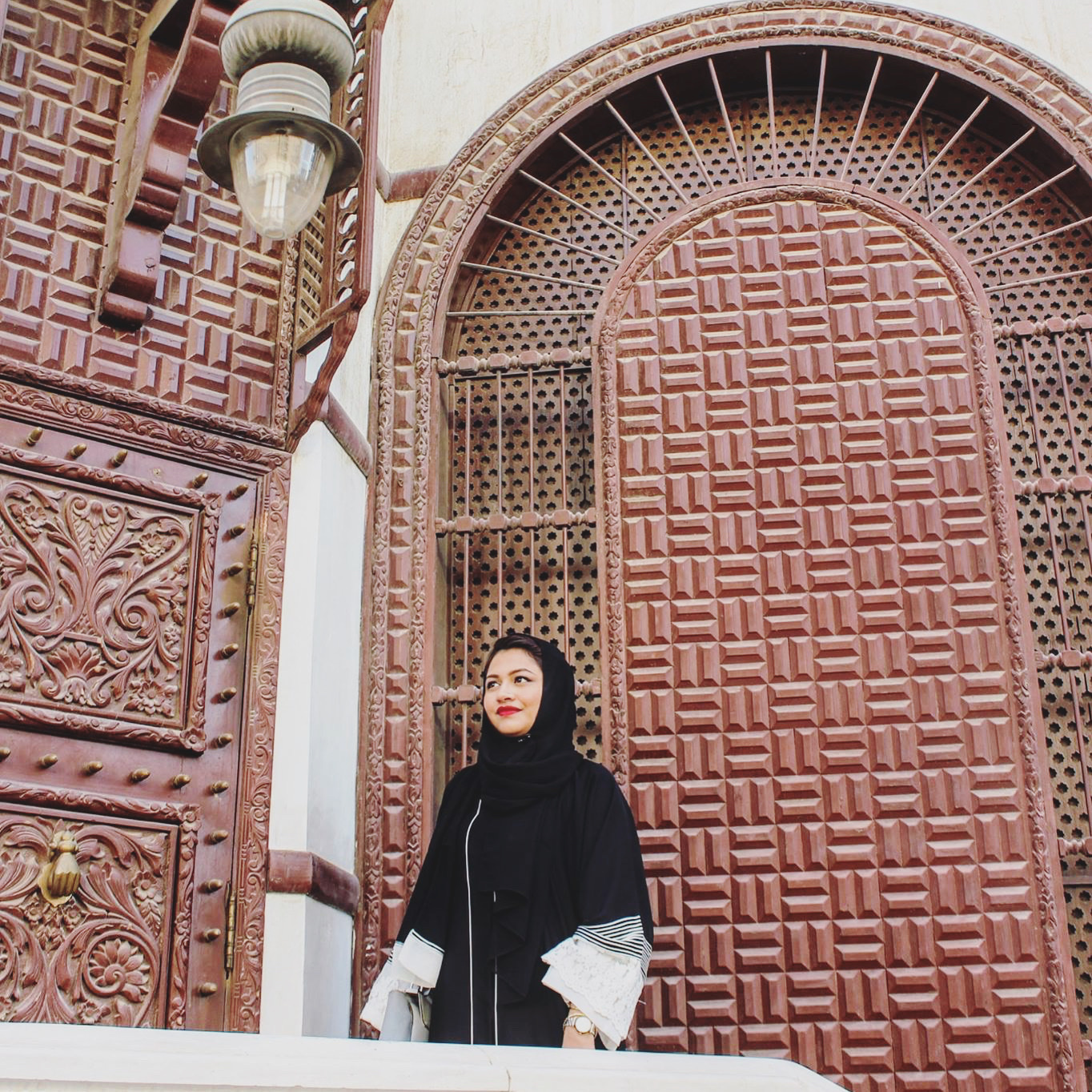 Fidget Spinners became insanely popular. Women started speaking up about sexual harassment via the #metoo hashtag, spurring more than 19 million tweets, and becoming a historic feminist movement. South Indian Film Baahubali 2: The Conclusion had everyone in tenterhooks. Nizar started his first job in recruitment, an iconic moment in our married life. We visited Saudi Arabia, Italy and Belgium in the first half of the year. Despacito was playing in every radio station. ‘Fake news’, ‘gender-fluid’ and ‘Insta’ were some of Collins Dictionary’s words of the year. I was 4 months pregnant by December. 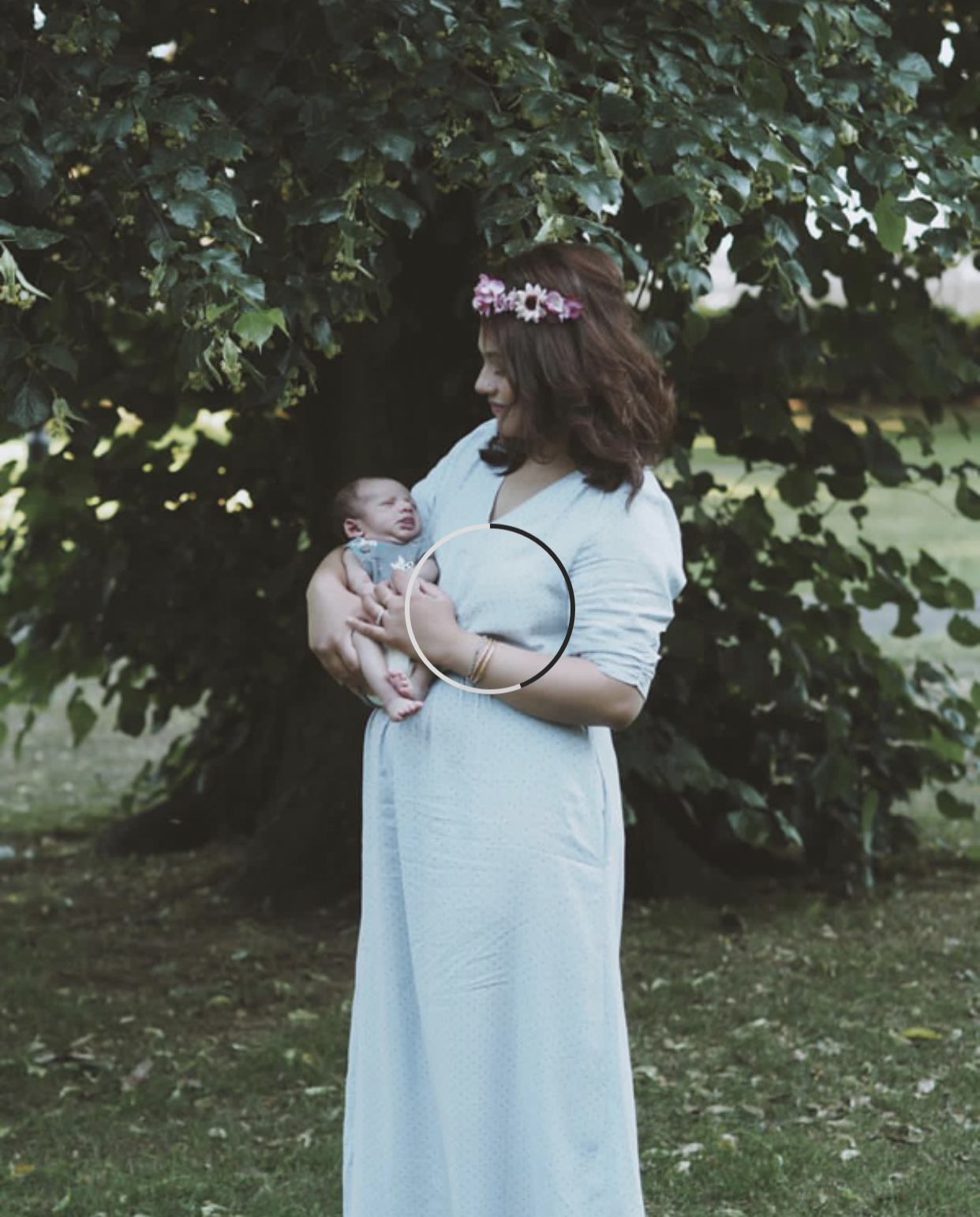 Prince Harry married Meghan Markle in a beautiful ceremony celebrating diversity. I became a mother to a little baby boy which changed my life in a million ways. I started this blog, The Millennial Ma, to document my journey. ‘Me time‘, ‘hangry‘, ‘mansplaining‘, ‘binge watch‘, ‘impostor syndrome‘ and ‘snowflake‘ became dictionary entries. 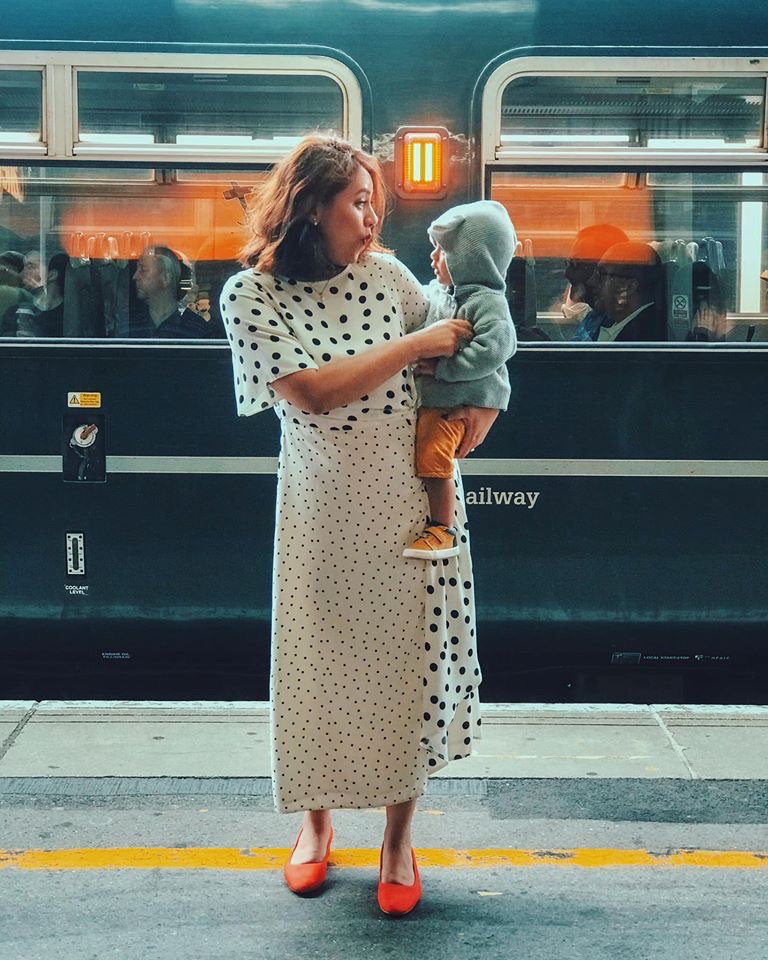 Climate change and mental health awareness were some of the most talked about topics this year. England won the ICC Cricket World Cup. Brexit dominated British politics. Britain took to the polls for the first time in December since 1923. Narendra Modi won a second term as Prime Minister in India. “Avengers: Endgame” delivered a grand finale while GOT didnt, disappointing a lot of fans. (FYI: The Long Night is my most favourite episode EVER and I stand by that). ‘Cybersafety’ was added to the dictionary. Plant based diets grew in popularity. More and more restaurants started offering vegan options. BTS became the first band since The Beatles to have three albums top the Billboard charts in the span of a year (I am way above the age limit of the fanbase but wow!). I stepped into the dirty thirties. My nanu (maternal grandmother) passed away in June, a loss I am still coming to terms with. 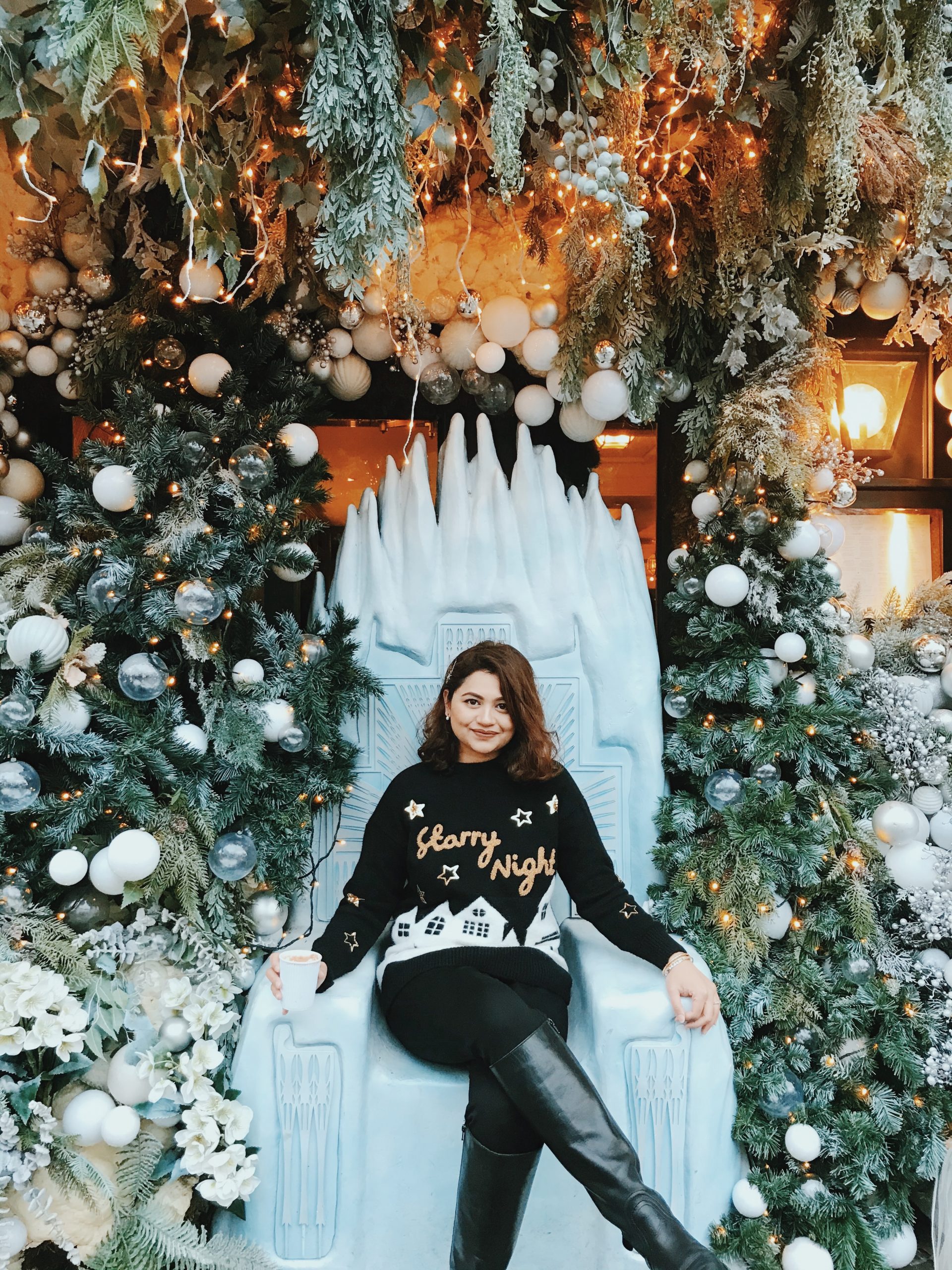 Round the corner we have self-driven cars, ‘getting Brexit done’, and a hell lotta work to save our planet. Hopefully a cure for cancer too? Cant wait to see what the new decade holds!