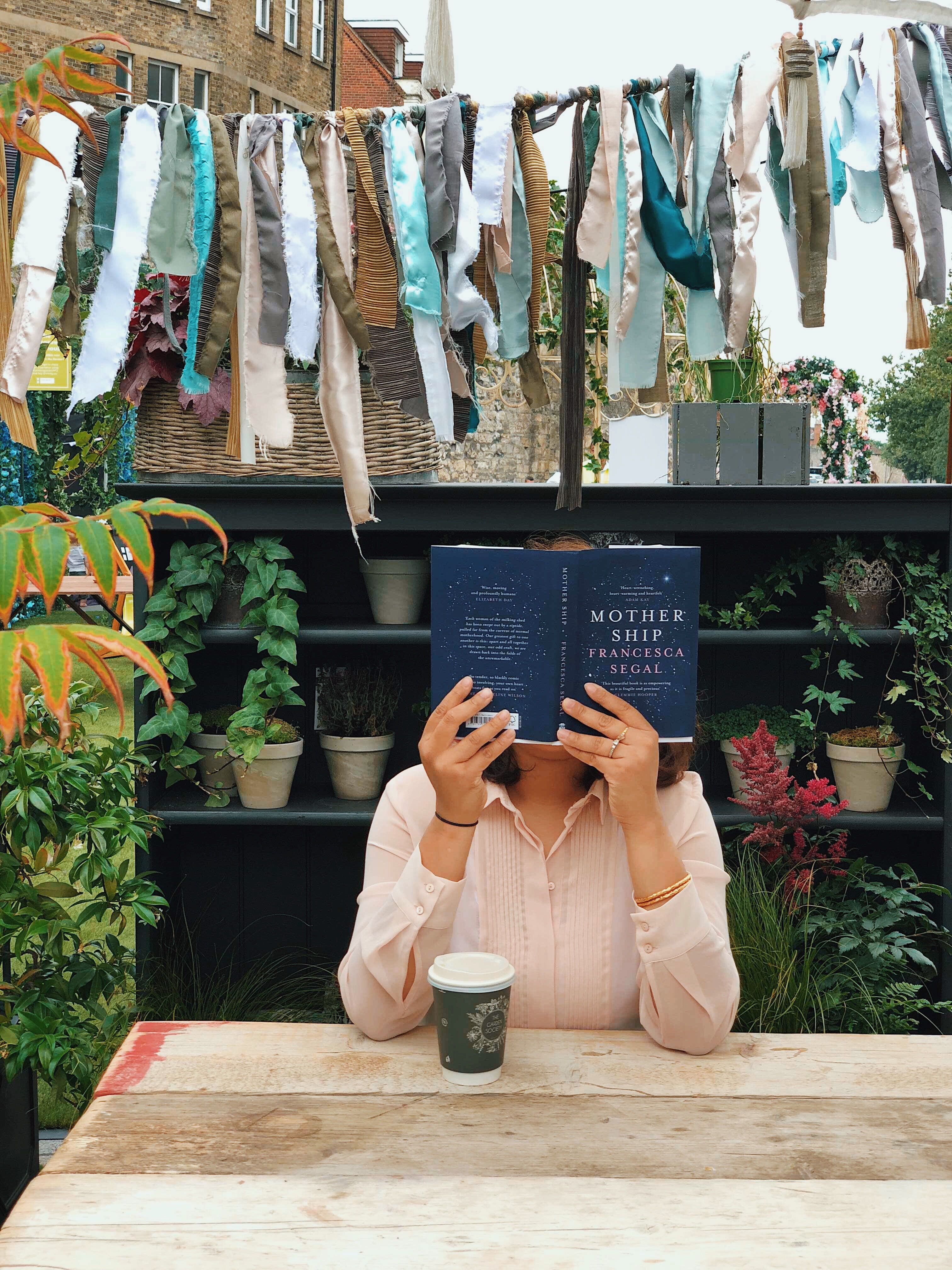 August was the harbinger of one of the biggest adjustments in our family life after Aryan’s birth. Our once new-born baby has become a full-fledged toddler, exhibiting behaviours that have been jokingly linked to ‘an early onset of the terrible twos’ by his day-care teachers.

That momentous day I allowed him to walk around the house, outside the confinements of his playpen, he waddled in zombie meets penguin fashion with all the earnestness of a new walker, his eyes as big as saucers. I didn’t know it back then but I had opened a floodgate. We now spend a good chunk of our waking hours running after our son as he turns our flat upside down, putting things back in place so that they can be thrown around again with wanton vandalism. I have never felt so much ache and joy in being a parent as I watch Aryan respond to full blown conversations with intelligent babble and assert his free will and human agency to the fullest.

On the Socialising graph, August was a sharp peak. I had three back to back London weekends attending baby showers, dawaats and hangouts. I had my best friend from Glasgow Uni visiting all the way from Ethiopia, and then there was Eid.

I chased two article submission deadlines this month, which I must admit took a lot of discipline to meet. It renewed my appreciation of the fact that settling deadlines is the only way to move forward when you are trying to be one too many things at once. *wipes brow*. I wrote about my ideal maternity leave package for Taramon, a female centric Bangladeshi blog, and a short piece for Avenue T magazine (coming soon).

I also sat and failed my first practical driving test. A failure in the eyes of many, but for me it was a cause for celebration. Celebration for coming this far.  I am closing in on the gap, slowly but surely.

Killing Eve S1 and S2 on BBC iPlayer
Spy-action thrillers on serial killers give me a special kind of kick. Throw in exotic locations and bold female leads flaunting eccentric wardrobes, and a TV show simply cannot get better for me. Both seasons 1 and 2 were riveting although the latter did spiral a bit too far out into crazydom for my liking. Jodie Comer is my latest girl crush – I am totally smitten.

Sacred Games S2 on Netflix
When a debut season does as well as Sacred Games did, the pressure to live up to the hype must be huge. S2 started out a bit slow for me but by the end of it, I was just as impressed as I was when we binge watched S1 with newborn Aryan plastered to me 24/7. You can tell that this was not a harried afterthought of a plot, the two seasons have been laid out well in advance, each character splaying out in rich, bold arcs. 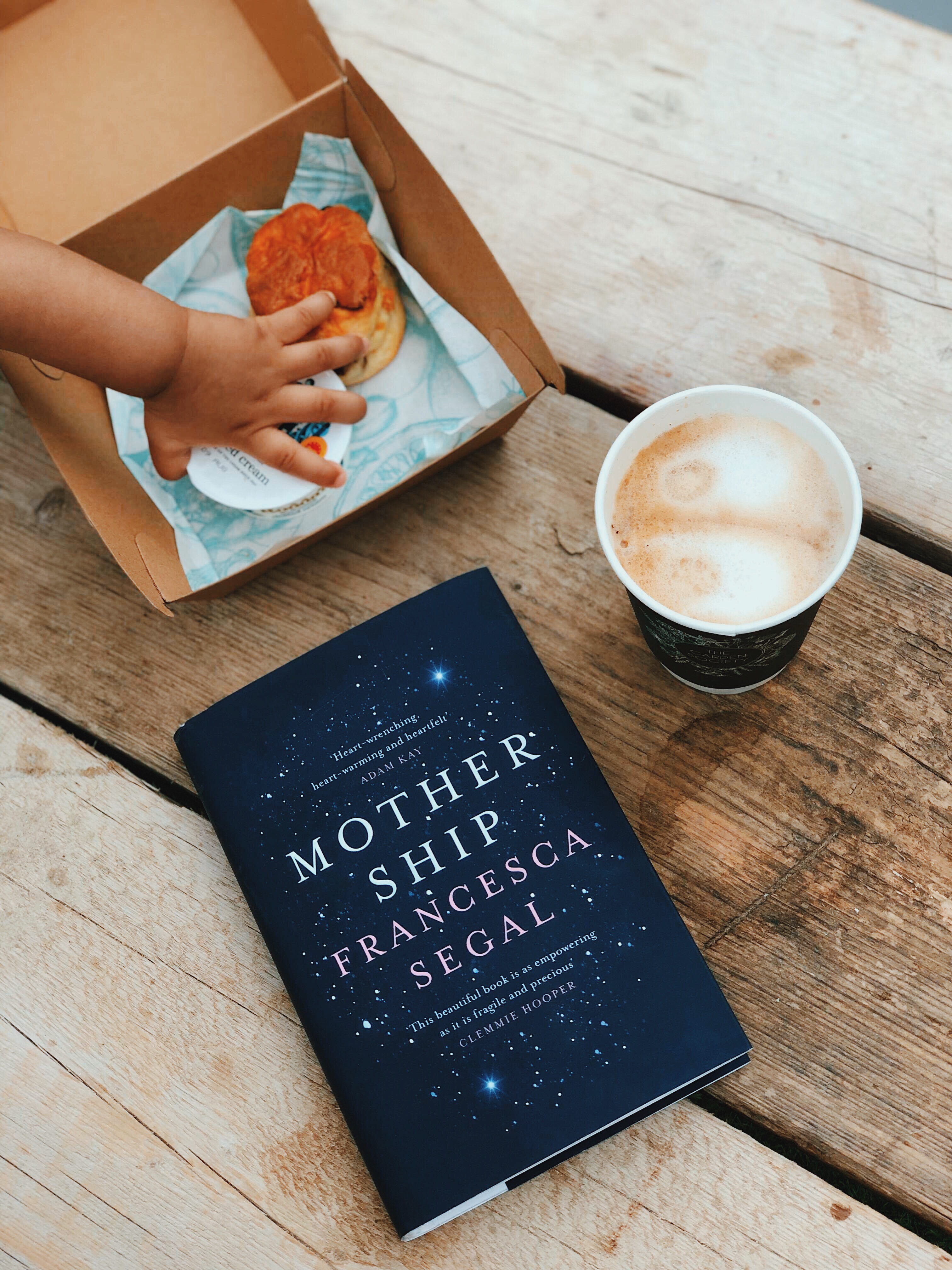 August was not a reading month for me. There was too much going on other fronts so reading took a back seat. I only just about finished Mothership. Oh how I loved it. Francesca’s journey of mothering premature twins is a tender tale of the toughness of life in the NICU. The fragility of premature babies and their painful battle for survival is a tale everyone needs to read to appreciate the blessings of life. I used to think new motherhood is tough but I have had to readjust my thoughts after reading Mothership. The NICU parents deserve badges of honour for their patience and bravery.

Francesca wrote in length about the camaraderie of motherhood in the NICU – a testament to how robustly women can rise up to support each other in the face of the worst kind of adversity. One of my favourite lines from the book: Why should she be made to place her trauma in rank order? We are all luckier than someone.

Aryan used to be quite scared of having water poured down his head during baths. He has finally overcome that fear and learned to enjoy it – before quickly deciding he no longer likes baths. Toddlers are a temperamental bunch.

He can say quite a few words now – Bubbles, Daddy, Mama and a nonstop stream of ta-ta-ta when he wants something, throwing his pudgy hands forward with extreme urgency. His most well pronounced word is ‘NO’.

He is now allowed to walk in public – a rather scary notion as his internal compass seems to have a fickle yet determined mind of its own. He is revelling in his new found freedom and does not let us forget it.

Aryan shows good concentr­ation when playing with the puzzles, he tries hard to put them into a space. Aryan passes the puzzles pieces to Donna saying “ta”. Aryan watches Donna closely as she makes the noises of the animals, he copies the cow sound saying “moo”.

Aryan hears Donna singing, he straight away stands up and bops up and down, sways from side to side and waves his hands around. Aryan smiles and makes vocal babbling­!

Aryan had great fun catching bubbles today. He kept walking around the room and shouting­: “Bubbles, bubbles.­” He enjoyed clapping and waving happily when he caught some bubbles. Aryan enjoyed showing the bubbles to his friend.

Aryan picks up the toy telephon­e, he holds it up to his ear. “Hi ya” he says as he walks around the room holding it.

Aryan enjoyed spending time in the garden this morning, and especial­ly liked splashin­g in the water tray getting everyone wet with the water!

Aryan enjoyed making a collage picture this morning. He could use the paints, paint brush, paint sponge and some pics of colored paper for his picture about a kite. He showed very good attentio­n skills and enjoyed learning about the differen­t colours. Lia was encourag­ing learning about shapes, just like the triangle and diamond shapes. Aryan could point to the blue paint when he wanted to use it happily. 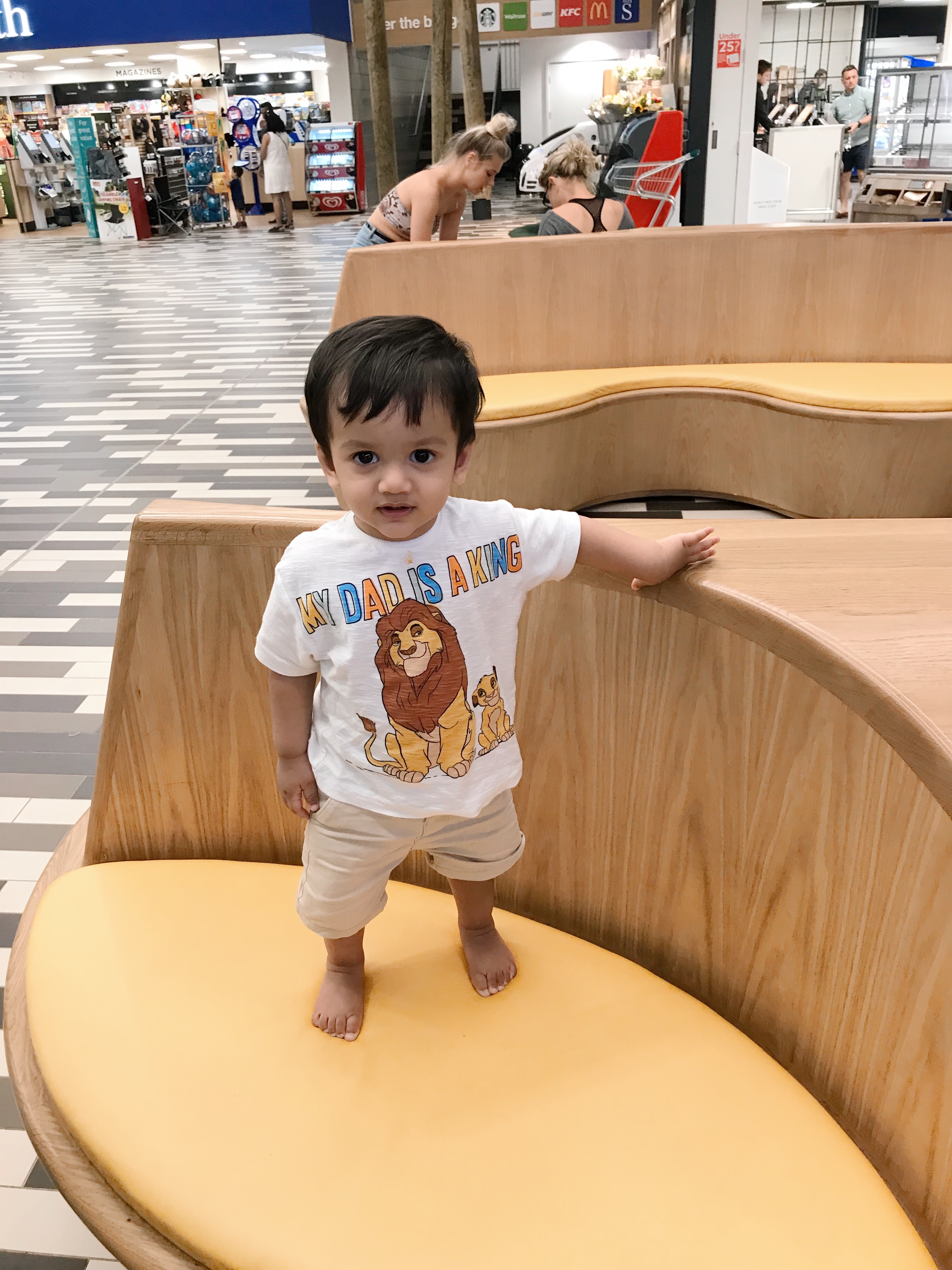 Salmon Linguine with Capers has been my August go to meal. I usually shy away from writing recipes but I had promised a lot of people so here you go. Please bear in mind that these are rough quantities. Please adjust as you see fit. 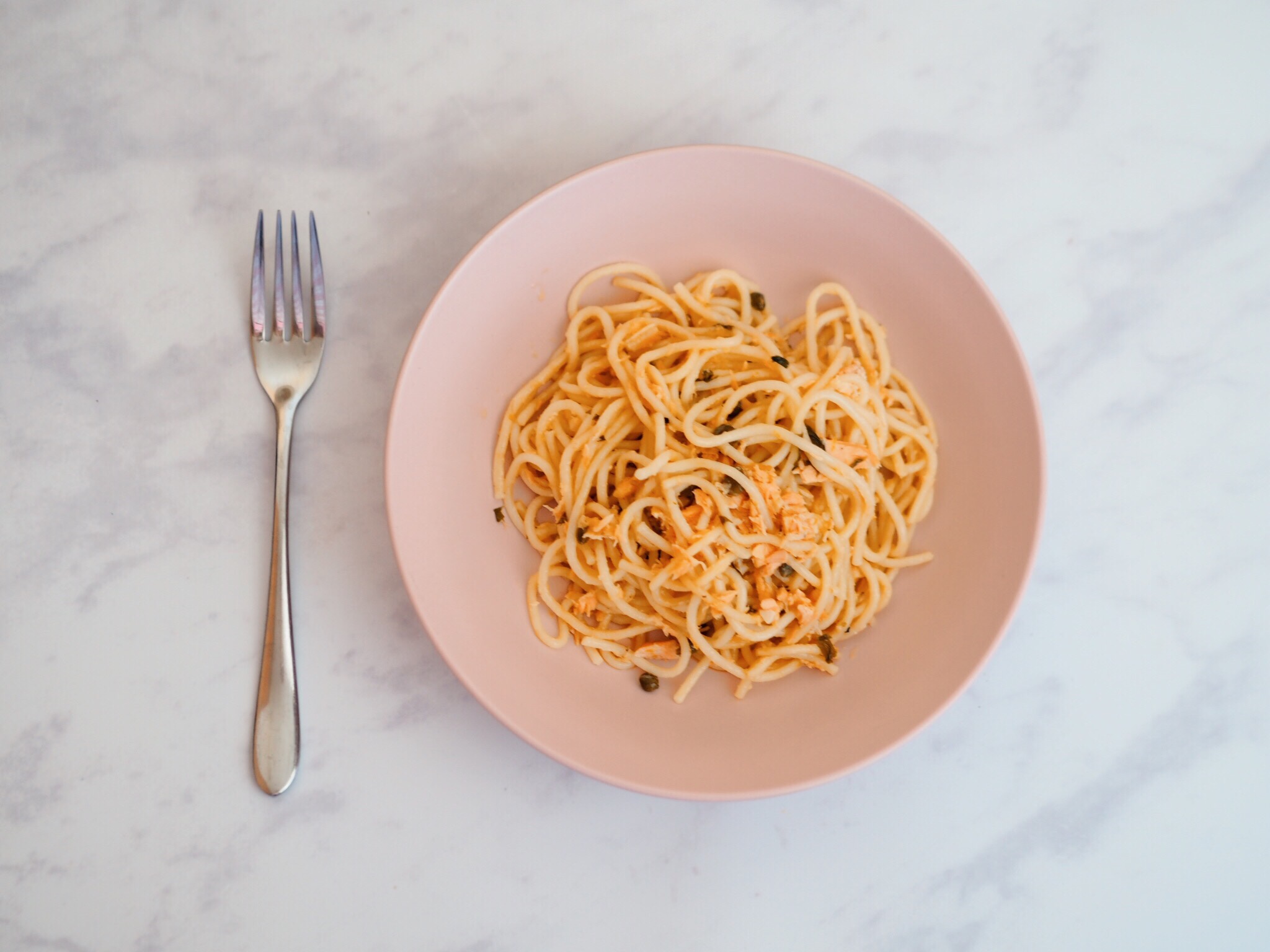 Method
Boil pasta in salty water as per packet instructions.
Boil salmon in salty water (ten minutes). Flake it with a fork.
Heat a large pan, add butter/olive oil. Sauté the garlic. Add the lemon zest, lemon juice, and capers. Add the salmon. Mix for a while then add the cream. Adjust seasoning. When cream is heated through, add pasta.
Finally add fresh dill/parsley. Enjoy!

I have to add a side note here about my newfound obsession with parsley – something I routinely shunned in the past. It used to taste gross and grassy to me. More importantly, as a die hard coriander fan, I viewed parsley as a bideshi impostor. I ended up buying some by mistake the other day (which Nizar wouldn’t let me forget as I had once told him off for mistaking parsley for coriander). It just so happened that I was making linguine and decided to toss some in. Oh how well it went with the lemony flavours and lunguine texture! I am hooked.

Don’t get me wrong, I love summer. I am sad that it was so short this year. Summer makes me optimistic. My mood is always bright and upbeat when the sun is on my face. But Autumn – it gives me magic. There is something  about this vivid season that makes my insides knot up in unbridled anticipation.

The last leg of summer was very confusing. We had rain aplenty and then the last week got so humid, we couldn’t not complain. Desipte the heat, the autumnal excitement was unmissably on the rise. A brave fashion blogger posted a picture in a jumper, pumpkin lattes started making an early Instagram debut, and fall fashion was jostling out summer dresses and sunnies in quick sweeps.

Autumn is a doorway to life’s simple joys. The vivid colours of nature. The celebratory art on coffee cups. The special sweet treats. The chill in the air that my foreign body, caught in the crossfire of being too brown for UK winters and too acclimatised to Bengali summers, welcomes with open, woollen arms. My early days in UK being in freezing Scotland, my association with the gloom and chill that is the UK norm is a weird one. I don’t fare too well when the cold sets in. But the familiarity of it engulfs me in a cloud of comfort and nostalgia like a well-worn coat. 11 years in, it feels very apon.