July will go down in history as the month The Millennial Ma finished THREE books (well, almost). The last time this happened was not less than a decade ago when I wasn’t working full time, mothering a baby, running a home and blogging about it all. It’s kind of a big deal.

I gravitated towards all-consuming reading as a desperate bid to escape into alternate realities because my one kinda sucked. I hate to sound like a moaner but working motherhood can feel too taxing on my soul sometimes. It’s not even motherhood or work per se, its dealing with all the OTHER stuff while juggling these two that takes its toll on me. Busted stove? Check. Disconnected water supplies? Check. Tight work deadlines? Check. False episodes of teething (fever, diarrhea, et al)? Check. Boris Johnson as PM? Check. This month has been a shitshow to put it mildly.

On the flip side, out of all the relentless chaos emerged a renewed sense of gratefulness for the privileges I enjoy and take for granted. Live one week without a basic amenity like stove, and you REALLY start appreciating what a crucial blessing it is in your life.

Stranger Things Season Three came and went too fast for our liking but while it lasted, we loved every bit of it. The 80s always feels so good to reminisce, it takes me back to simpler times and the innocence of childhood. Since then, I have been too busy reading/working/faulty stove damage controlling to Netflix. Only just started Killing Eve. I love me a bit of gore (any Dexter fans out there?). 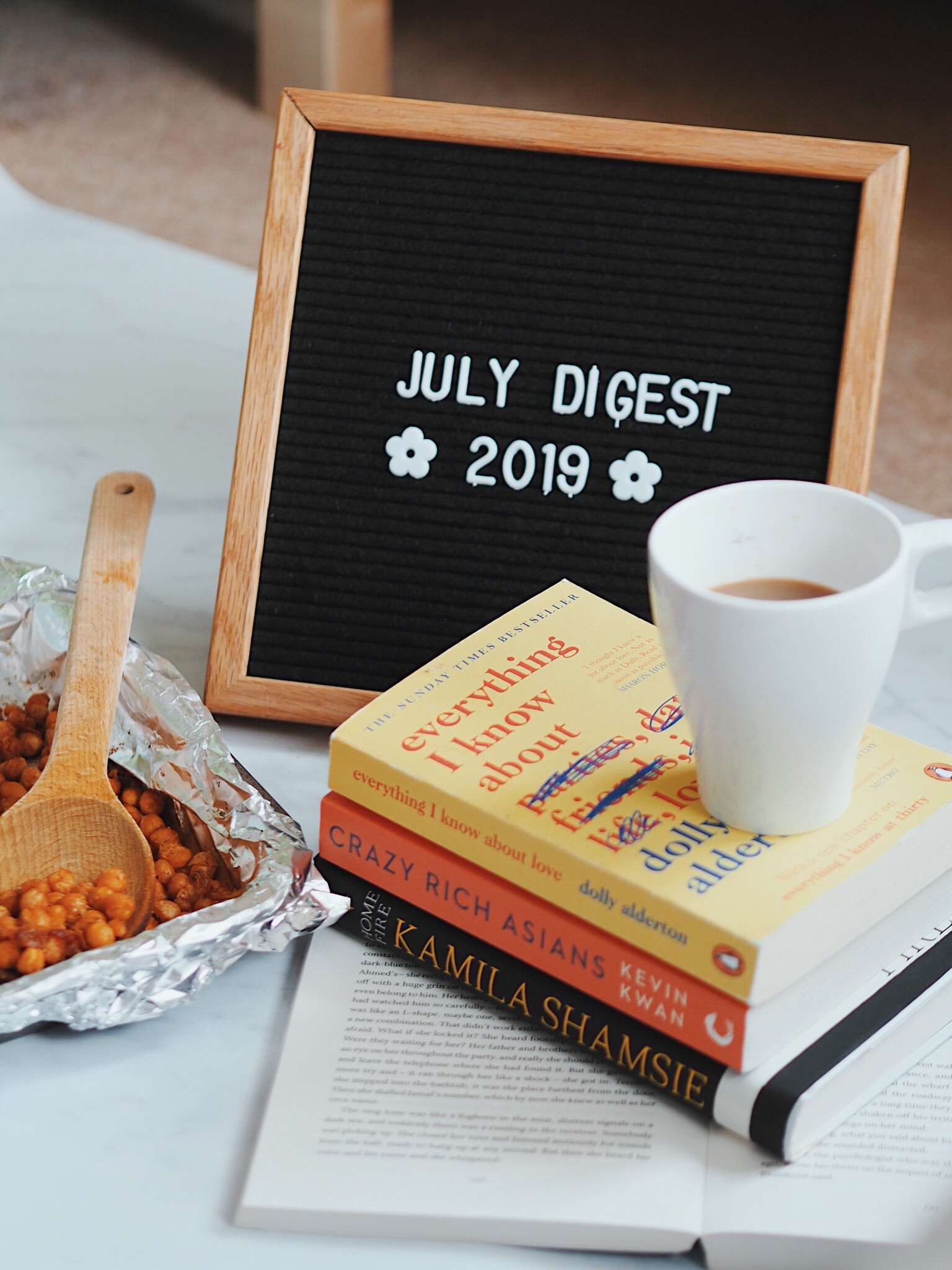 My three reads this month were:

I enjoyed reading both 1 and 2 but my Asian-Muslim identities made me click on a deeper level with Home Fire. It’s noteworthy because while I enjoyed Dolly’s memoir, I didn’t go gaga over it like the rest of UK. And its easy to understand why. While both books are set in modern day Britain, Dolly’s is a white girl’s story with a very very different lifestyle from Isma and Aneeka’s in Home Fire. While I chuckled at Dolly’s funny, witty anecdotes, I devoured Kamila’s fictional British Muslim characters who felt like a part of my own coloured reality.

The converse is also true. When I Googled Home Fire, as you do with anything that ignites a fire in your heart strong enough to make you pursue a PhD on it through extensive online surfing, I found many negative reviews. At first it made me angry (how DARE they not love this awesome book), but on second thought, it made sense. People struggled to connect to Home Fire on the same basis that I struggled to be won over by Everything I Know About Love – commonality. While Dolly was familiar to me, she was not relatable. It’s all relative – our experiences, ideas, opinions and beliefs – which ultimately decides how we resonate with a story.

Something that I have been really considering after my stove crisis and brief stint with the impulse slow cooker Asda buy is an Instant Pot. I have had a constant stream of DMs trickling into my inbox from fellow time strapped Mamas praising its many virtues. I have also been lusting after the travel friendly Baby Zen stroller after watching Mrs Nipple’s IGTV video on it. Instant Pots and strollers and no mention of any kapor-chopor – I don’t even know who I am anymore. Could not afford time to scroll through ASOS this month, let alone window shop. Which is probably a good thing.

You might have noticed that this is no longer a ‘baby’ update. Because according to Google, my one year plus baby is a TODDLER. What even? This ‘toddler’ is a HUGE dancing enthusiast who will put his hands up in the air to anything that can be loosely interpreted as music – be it nursery rhymes, clanging of dishes or sad Bollywood songs. Just give him some music and he is golden. The daycare teachers are always full of praises for him – ‘clever boy’, ‘always smiling’, ‘talking away’ are some of the phrases they constantly use to describe him, Masha Allah.

He might just be over a year old but he is full of sass. We cannot decide if his wild need for independence is good or bad, especially when he insists on spooning yoghurt into his mouth. He does a great job bless him but there is a lot of cleaning up afterwards! Notes from his daycare underscored our plight:

‘Aryan is becoming very independ­ent at meal times wanting to feed himself. Aryan holds his lips tight as Donna tried to feed him and shakes his head. Donna leaves the bowl in front of Aryan and he straight away picks the spoon up and guides it towards his mouth. Aryan needs help to load the spoon and does try to eat it using his hands!’

He had his first haircut this month, much to the dismay of his daycare teachers and grandmother who were smitten with his rockstair hair. He looks unbelievably grown up with his tidy crew cut. I miss his messy mop. 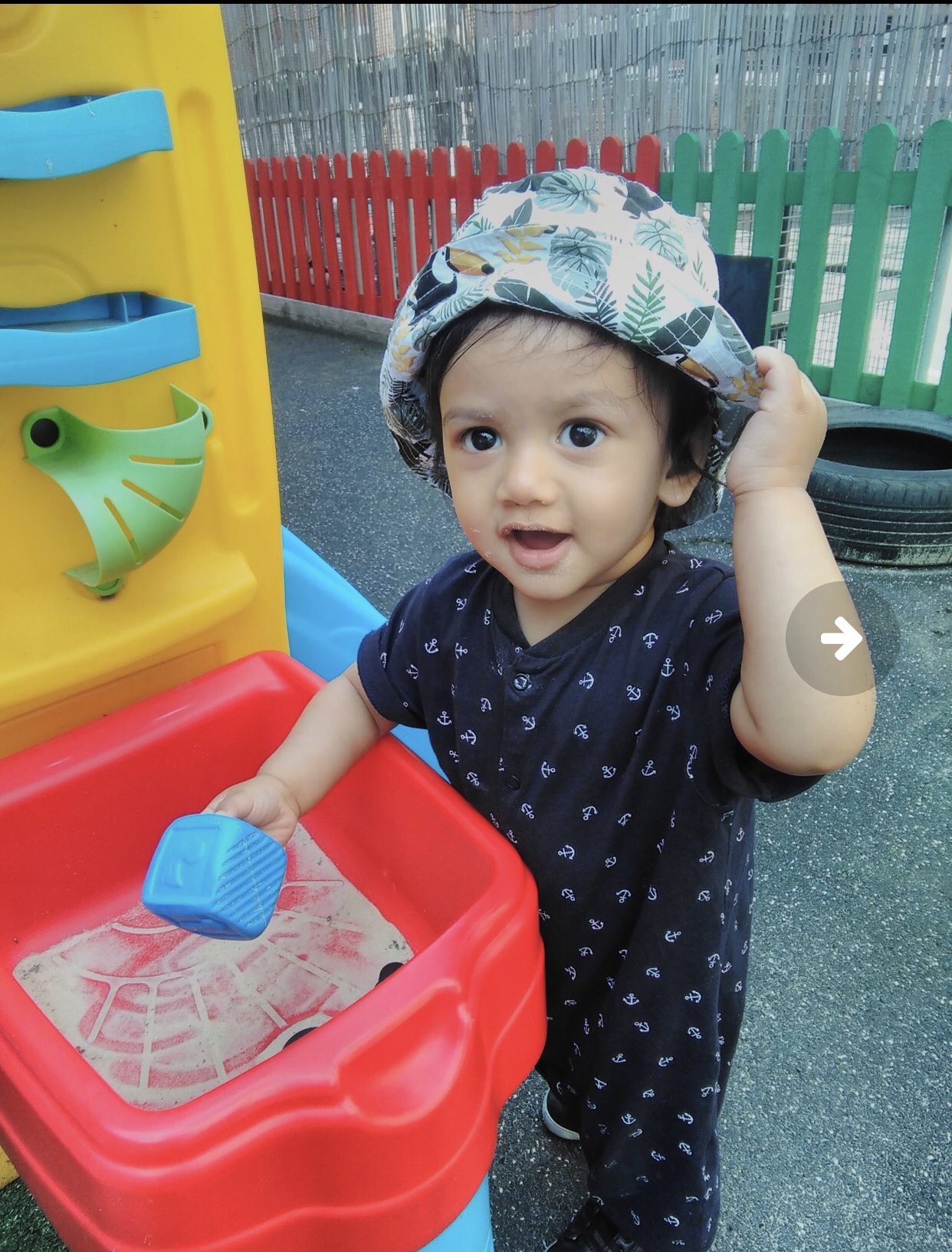 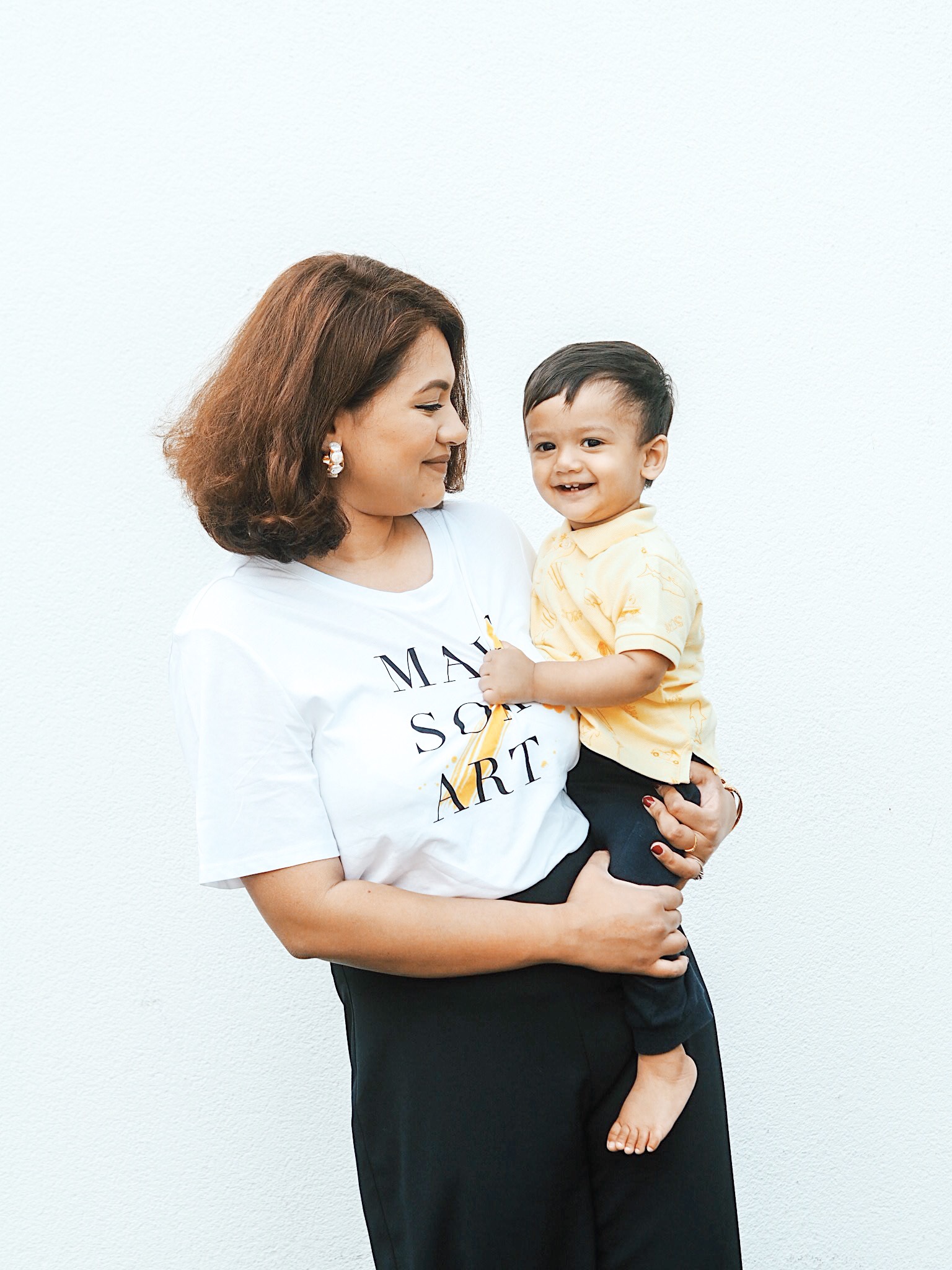 I have been repeatedly making a roasted chickpea salad this month. Take a can of chickpeas (400g), drain, dry, toss with olive oil, smoked paprika, cumin, coriander (roughly 1 tsp each) and salt. Roast at 180C for 25-30 minutes, moving them around halfway. Add tomatoes, cucumber, feta (optional), red onions, coriander, s&p and dressing of your choice (I use a basic honey-lemon-olive oil one). Stuff your face!

From August to October, I am expecting an influx of visitors to England, starting from uni friends to in-laws. While this means stricter planning of schedules, I am terribly excited to see some loving faces over the coming months. Always breaks up the monotony of mechanic immigrant life.