Happy Second Trimester – aka the Honeymoon Period. The golden window between 14 – 28 weeks is a great place to be. By now the body is getting used to this pregnancy business, morning sickness has started to subside, and energy levels have improved. One fine morning I regained the ability to down an entire cup of coffee without spilling my guts. Way-o!

The world of pregnancy, hiding in plain sight, opened up to me in new ways in old places. I discovered ‘Baby on Board’ badges were given out for free on the London Underground, pinning it to my coat at Shepherd’s Bush station with inexplicable joy. I couldn’t get my head around the fact that it was my turn to wear one. Men and women fell along my waddly path to give up seats on the tube. I found a Preggers Diagon Alley @Topshop Oxford Circus, ascribing my failure to notice their maternity section over years of Central London shenanigans to lack of hormonal magic. Facebook reaffirmed my new world order by constantly throwing up baby related articles even though I had not posted about my pregnancy on any social platform. Creepy, you say? I agree! 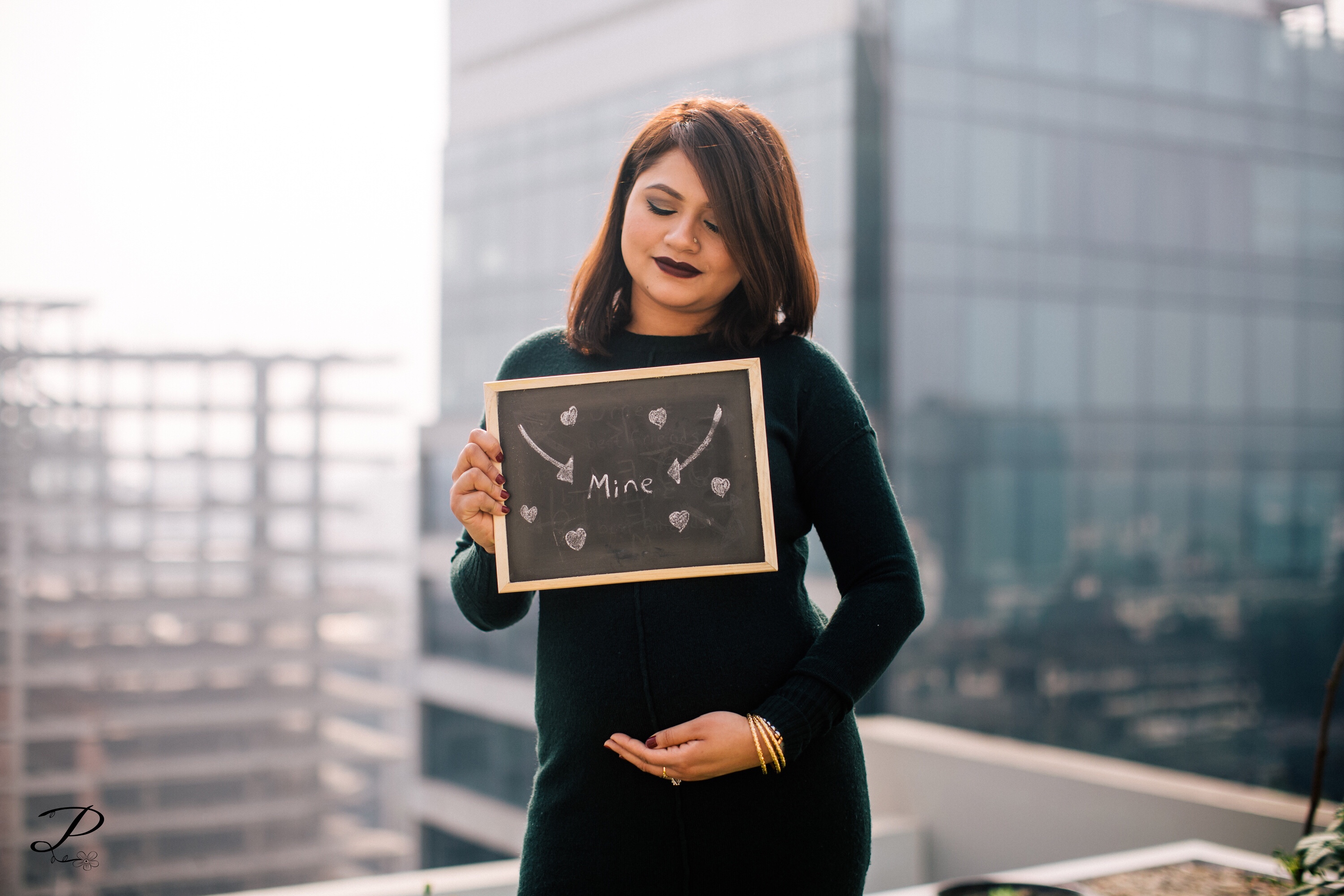 Second trimester is usually the time when people make their pregnancy announcement but I didn’t quite feel like shouting it out from the rooftops. While many women want the attention and care, as they are fully entitled to, I chose to keep my pregnancy low-key. I decided not to go public on social media although every bumpfie I took made me itch to post. I was perhaps more paranoid than the average preggers person but something told me to hold onto the joy within a close-knit circle and I went with that.

That being said, I had no inhibitions with breaking the news to strangers. In fact, one of the first people I revealed my pregnancy to was my waxing lady. Second person was my hairdresser. Opening up to strangers released the energy that was building up from keeping my pregnancy under wraps. And made way for random, happy conversations, something I sorely missed having with my family and friends in Bangladesh.

As my belly started to slowly but surely protrude, life felt wonderful and exciting – and terribly exhausting. Remember how tired you felt in the first trimester? Well, it’s here to stay. You will go through levels and shades of tiredness you didn’t even know existed. But there’s good news too! Once the baby starts kicking (around 20 weeks), you will experience joyous (and sometimes overwhelming) emotions that you just cannot know about until you feel them yourself. Pregnancy, for all its challenges, is also one of the most empowering things you will ever feel. 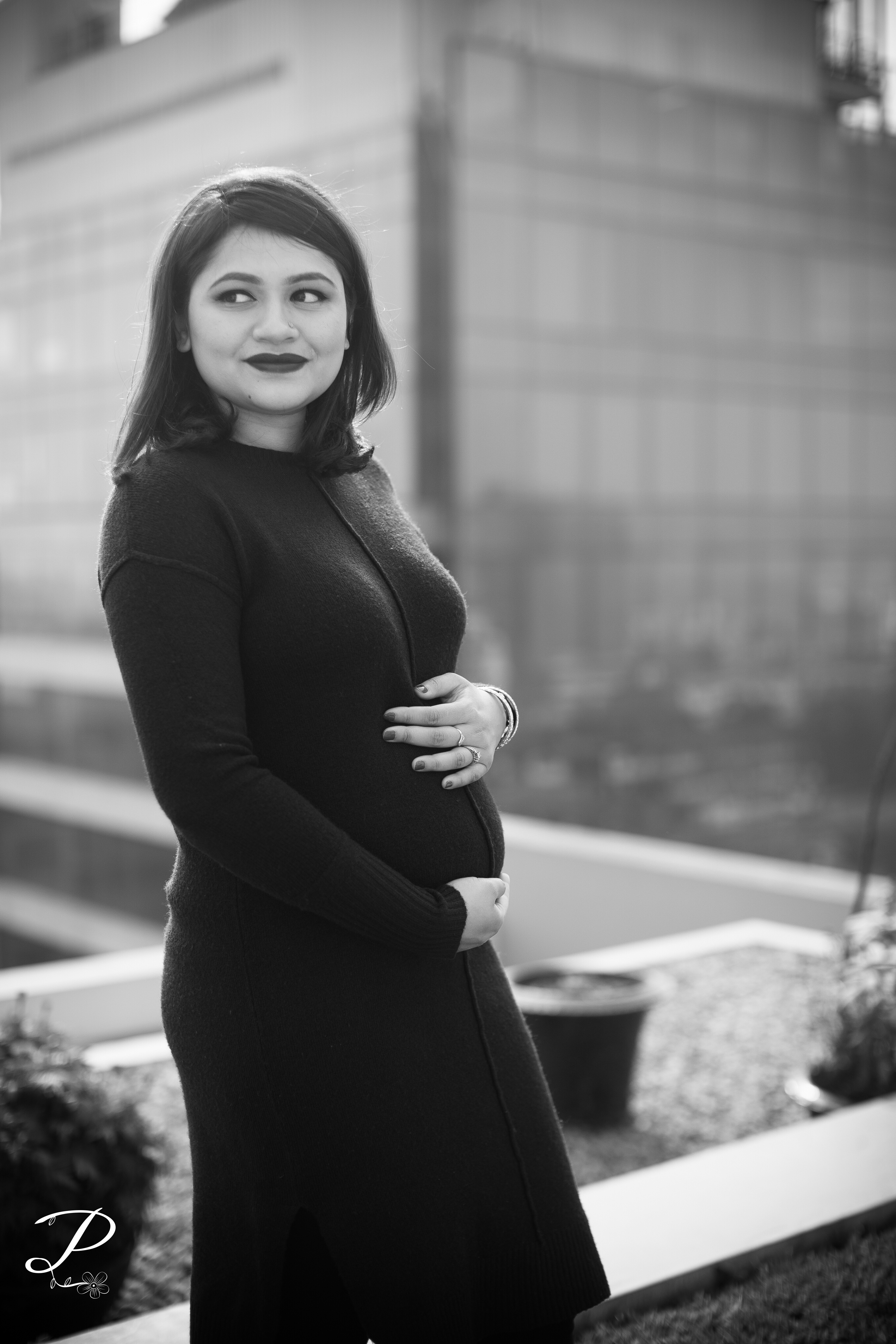 Here’s a rundown on my second trimester discoveries and experiences – the good, the bad, and the amazing. Along with some tips and advise to manoeuvre this hormone-ridden ‘honeymoon’ terrain.

Baby Brain – it’s real.
Often dismissed as an old wives’ tale, baby brain is a very real phenomenon, at least in my experience. Forgetfulness, absent-mindedness and a general cloud of confusion hung low over my daily life. My most impressionable baby brain moment involved trying to withdraw cash from the ATM and never retrieving the money. 🤦🏽‍♀️

Hello Baby Bump! 🤰🏽
My food baby transformed unmistakably into a force to reckon with. A dark line called the linea nigra appeared on my tummy, as though marking it into two equal territories for baby’s football kicks. The uterus, aka the part of my body that was never really a thing of importance other than the space that cramped during periods, became the most visible part of me as it expanded to accommodate Babyboo.

Baby, is that you?
Around the 20 week mark, I started feeling little flutters that turned from bizarre to wonderful. They start off as subtle flickers, growing stronger with time and eventually turn into visible movements. My most favourite baby move was what can be best described as a gentle bubbling, reminding me of an egg being fried or a curry in simmer. The ones that kinda freaked me out were the hiccups (or so Google says – I am still not convinced that that’s what they were.) The synchronised knocking motions made me feel like baby was trying to say something  or calling out for help. It took me a long time to get comfortable with his hiccuppy episodes.

Unsavoury symptoms galore.
Backaches. Invest in prenatal massages – they are a godsend. And you deserve them.
Bleeding gums. More blood flow in the body will manifest itself in various ways.
Burping and farting. On a really horrible, uncontrollable, unwomanly level. There will be no hiding it!
Leaking when sneezing. If you aren’t doing your kegels, now is the time to start.
Acidity and Heartburn. Throw Gaviscon everywhere like confetti: handbag, bedside table and work desk.
Breathlessness. As the baby grows, he/she squashes your organs. Just some vital ones like the lungs and the stomach, no biggie. Eating small meals in regular intervals can help avoid adding more stress to that general area. Fortunately it gets much better in the third trimester when the bump ‘drops’.

Shine and Glow.
A GOOD symptom? Yes! Pregnancy weight did me no favours but my hair was shinier and thicker for sure. Glowing skin: this probably varies from person to person but I got this compliment a fair bit. Could have been the extra layer of makeup or general human kindness but you take whatever compliment you get towards your washed out preggers appearance.

Sleep, or the lack of it.
Sleep turned into a strange notion as I woke up at all hours of the night. While tossing and turning in bed, I felt as though my lower body was becoming softer. Solid bones were turning into putty, muscles I didn’t know I owned ached in strange areas and sleep generally got very very disturbed. I was spending more time on the commode than my own bed. When finally in bed, I struggled to be comfortable: as a back sleeper, the recommended sideways position wasn’t natural for me. I decided to invest in a pregnancy pillow and it turned out to be a game changer. I cannot recommend it highly enough. The support on my back and legs was everything and it helped me to maintain a sideways position in my sleep.

Restricted movements
Once-upon-a-time wearing your stockings and picking up your garbage was no big deal. Not in the second trimester territory.

Braxton Hicks.
Sometime around week 24, I felt a sudden tightening of my uterus that lasted for a good minute. I did not know what the hell it was until I googled it and found out that I had just experienced my first false contraction. Many women, like my sister, go through their entire pregnancy without ever experiencing Braxton Hicks while others, like me, keep getting them all the way up to delivery.

The work reveal.
Once I had my 12 week scan, I decided to make the work reveal. I wasn’t entirely comfortable with this and agonised over the timing. I did not want people to start treating me differently or my work to be affected in any way. Although I was far from leading a normal life, perhaps because of that very reason I wanted the rest of it to be as normal as possible. People have ways of commenting on your pregnancy, especially in a male dominated work atmosphere like mine, that can go both ways. But for the most part my news was well received. And that perhaps had a lot to do with the fact that I was adamant not to give anyone the chance to regard my pregnancy as a hindrance. I was somewhat extreme in that sense – I did not take a single day of sick leave, never played the pregnancy card to get out of work, and was diligently travelling between Southampton and London till it was just not feasible anymore.

Work Vs Me balance.
Working while being pregnant is a challenge, there is no sugar-coating it. Work is important but putting yourself first is really, really important – I recommend doing so whenever possible. Make iron clad to-do lists to navigate your days with confidence. Tackle the relevant tasks by ticking them off so that you can feel more in control – sometimes it can make all the difference between ‘I can’t do this’ and ‘I’ve got this’. On days when you log out of work half an hour early, remind yourself you are NOT shirking, you are making a baby. If the email can wait till tomorrow morning, let it be.

Antenatal appointments and classes.
You will have lots of pregnancy related appointments to work into your schedule so make sure you put them in your work calendar so that everyone is aware of it – including the baby-brained you. You are allowed paid leave to attend antenatal appointments in the UK so take full advantage of it.

Pregnancy celebrations.
Being pregnant can be hard but it’s also the most special feeling. Make sure you celebrate and cherish it as you see fit. Plan and prepare for maternity shoot/baby shower/gender reveal/babymoon and see them through no matter how tired/expensive/labour intensive they might seem. You will thank yourself later. You might not want any or all of these but make sure you give yourself the chance to soak up the happiness with your loved ones. If you find it difficult to get going, give the job to your partner and/or friends.

The second trimester is a good time to start planning finances for maternity leave and diving into baby shopping. You want to take these kind of decisions with a clear head and in good time. Remember to enjoy the ‘honeymoon’ vibes: take bumpfies, book yourself into prenatal massages, and savour each new baby kick. Enjoy this human-growing you that doesn’t want to smash someone’s skull – yet. 😉

Hi, I am Samira from Bangladesh. 29 year old, new mum to Aryan, wife to Nizar, Air Traffic Control Engineer by profession and a wannabe writer at heart. I love storytelling and dabbling at creative content so here I am, trying to fulfill my true calling.
📍Southampton, UK